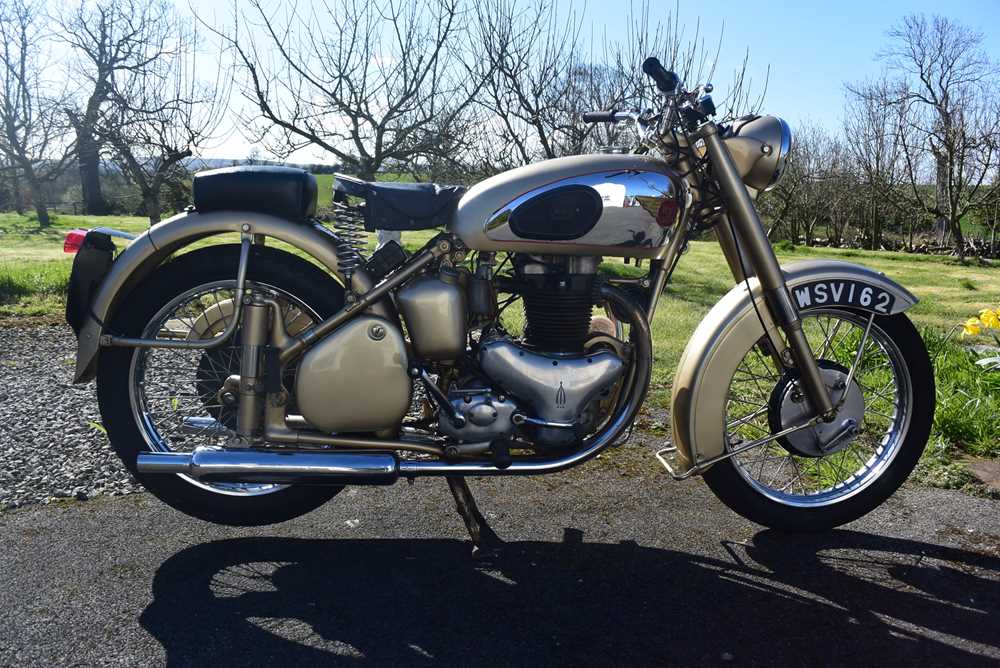 The Birmingham Small Arms factory was established in the Small Heath area of Birmingham 1861 and as the name suggests manufactured weapons. Around the turn of the century they started making bicycles and progressed onto motorcycles a few years later. BSA went on to be one of the world's largest producers of motorcycles up until their demise in the early 1970s.

The 650cc A10 Golden Flash, to give it its full name, was developed by Bert Hopwood in 1949 to compete with the parallel twins being offered by Triumph and Norton at the time. With a good turn of speed and a strong chassis, it probably became the world's first 'Sports Tourer', equally happy as a weekend pleasure bike or lugging around a double adult sidecar during the week. This example was bought by the vendor in 1986 having already been restored some years before. Apart from a few trips to MOT stations the bike has seen very little use since and will need some recommissioning.