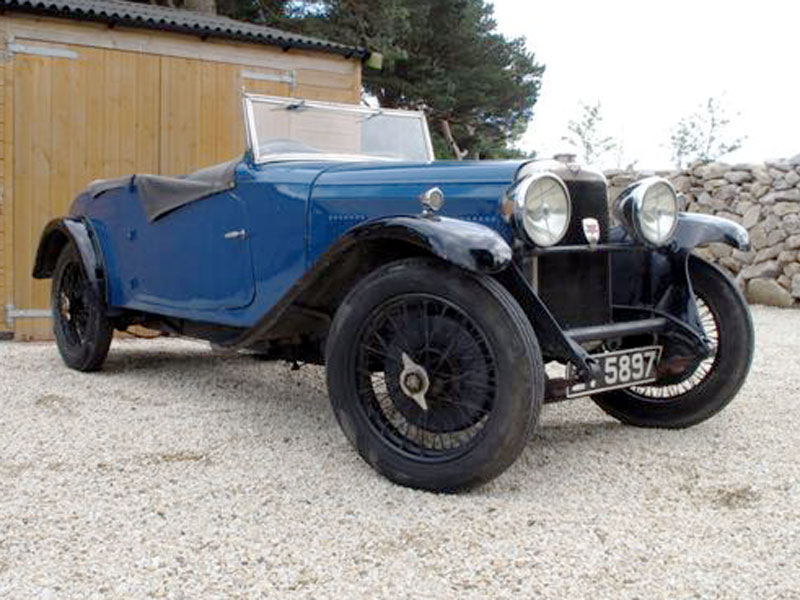 Introduced in September 1932, the Alvis Firefly was built to the same high standards as its more expensive brethren. Notably low-slung, it was based on a 'double-dropped' ladder frame chassis equipped with all-round semi-elliptic leaf-sprung suspension, friction dampers and four-wheel 14in drum brakes. Utilising a 9ft 10.5in wheelbase and 4ft 4in track, the model was praised by the contemporary motoring pressing for its ride / handling capabilities. Powered by a 1496cc OHV engine - essentially a four-cylinder version of that found in the legendary Speed 20 - allied to either four-speed manual or ENV pre-selector transmission, the Firefly was reputedly capable of 75mph. Available with a choice of saloon, tourer or drophead coupe coachwork, it remained in production until 1935 by which time some 904 are thought to have been sold.

Formerly UK registered as 'LV 4197', this particular example has been resident in Eire for the past two decades. Reportedly treated to an extensive restoration some eighteen years ago, the Alvis is understood to have entered the current ownership thereafter via a Dublin auction held in conjunction with the renowned collector David Dunn. Primarily employed for rallying since then, the Firefly is said to "start on the button" and be "lovely to drive". Though, perhaps unsurprisingly its bodywork is described as "strong and rust-free but with signs of wear including minor bumps and scratches". Apparently subjected to "regular maintenance", the Firefly has had attention paid to its "spring shackles and brakes" not to mention "a recent engine overhaul" (new big-end bearings, con-rods and pistons etc). Further benefiting from four-speed pre-selector transmission, the four-seater still requires some 'running in' but is deemed to be "mechanically sound" with "very effective brakes". Post Vintage Alvis cars are prized for their durability, performance and driving dynamics. Finished in blue over black with brown leather upholstery, this appealing Firefly Tourer is worthy of close inspection.

PLEASE NOTE: We believe that this lot began life as a Cross & Ellis bodied Drophead Coupe and has since been modified into a Tourer.

PLEASE NOTE: This vehicle does not have an MOT certificate.

PLEASE NOTE: There is no paperwork on file to confirm that this lot was previously UK road registered as 'LV 4197'.
Share: