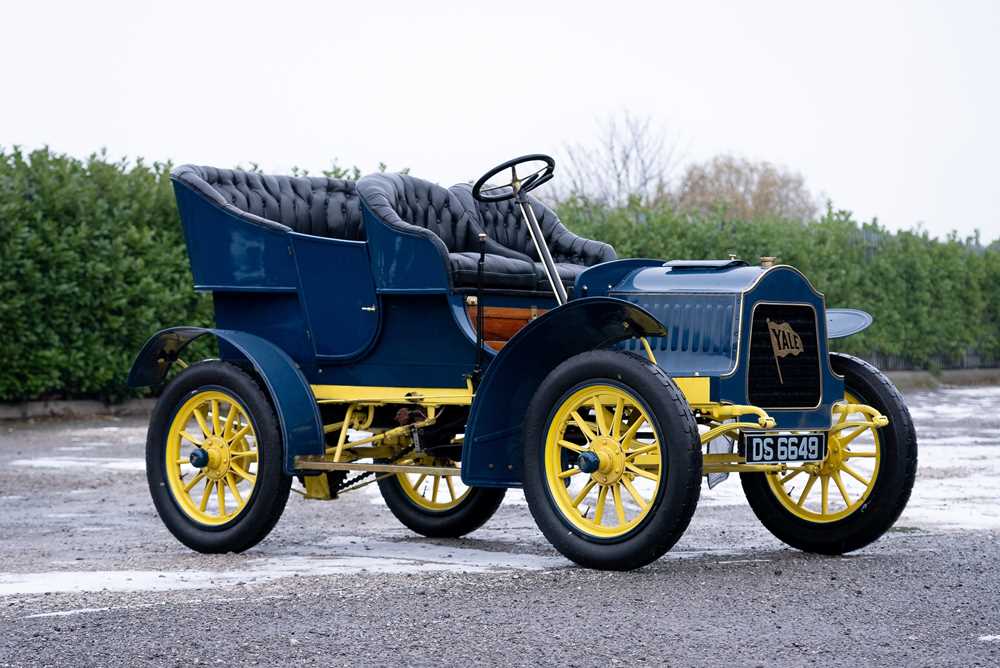 A successful bicycle producer, the Kirk Manufacturing Company of Toledo, Ohio started building motorcars at the dawn of the twentieth century under the ‘Yale’ moniker. An initial single-cylinder design was soon joined by two- and four-cylinder models. Marketed as ‘The Beau Brummel of the Road’, the 1905 model-year Yale Model G was further described in advertisements as: ‘A gallant little car with ample accommodation for four and even five; that isn’t afraid to take a hill at high speed, and one that lets you down lightly and gently over the roughest roads and deepest ruts’.

Powered by a circa 2.6 litre horizontally opposed, twin-cylinder engine allied to two-speed planetary transmission, the Model G was priced at $1,100 or getting on for twice the cost of a Curved Dash Oldsmobile. Like many ‘brass era’ cars, the Yale featured a ladder frame chassis, leaf-sprung suspension, worm gear steering, chain drive and rear wheel brakes. Though, it also boasted such niceties as a centrifugal water pump and ‘jump spark’ ignition. Sources differ but many suggest that Yale production only lasted from 1902 – 1905 making survivors a real rarity today.

Entered from a private collection of Veteran and Vintage motorcars, ‘DS 6649’ was issued with an ‘Events Passport’ by the Veteran Car Company Ltd in January 2016. That same year saw the vendor commission a new crankshaft from Farndon Engineering. Potentially eligible for a number of VCC events and benefiting from the installation of an electric starter motor, this imposing Edwardian Tourer is offered for sale with a V5C Registration Document and sundry paperwork.