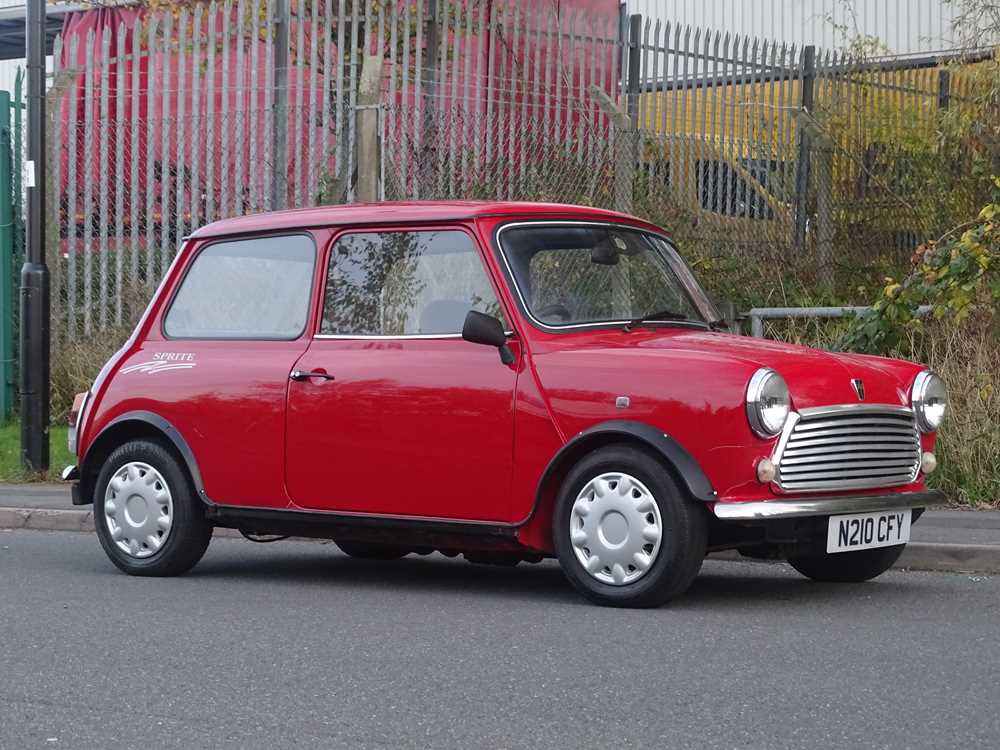 As owners of the ‘Sprite' name, the Rover Group had two goes at badging Minis with it - the first was in 1983 when Austin-Rover (as-was) built 2500 examples of a ‘youth appeal’ 998cc model fitted with special 10-inch alloy wheels, drum brakes and bold side striping. Available in only red or yellow, this first Sprite also had black bumpers, fixed rear windows and the full instrumentation from the 1275 GT on its side. The 1990s Rover Mini Sprite revived the name and usurped the old ‘City' designation. From its spring 1992 introduction, each Sprite was fitted with a carburettor-fed 50bhp version of the 1275cc motor and had an open-loop catalytic converter. Black wheel arches and grille frontage were teamed with chrome bumpers and standard-fit 12-inch steel wheels on the front disc-braked car. A Sprite script decal was applied to each rear three-quarter panel below the side windows. The model was deleted late in 1996 at the introduction of the `front radiator series of Minis.

Manufactured in 1993, the Sprite was supplied new via Windsor’s Limited of Wallasey, Merseyside to its first lady owner. Fitted with the aforementioned 1275cc straight-four A-Series engine with the four-speed manual transmission, the Mini is finished in Red with Grey cloth interior upholstery. Retained by the first owner from 1995 until 2011, the Mini has had three former keepers with current registered ownership since 2015 and has covered a mere 22,493 miles (at time of consignment) from new in the hands of said keepers. Fitted with a new exhaust in 2015 with very minimal mileage since, ‘N210 CFY’ is offered with a history file that includes the original handbook and stamped service book displaying six entries and presented in the original Rover wallet as well as a small collection of invoices, MOT history, current V5C and a copy of a previous logbook.