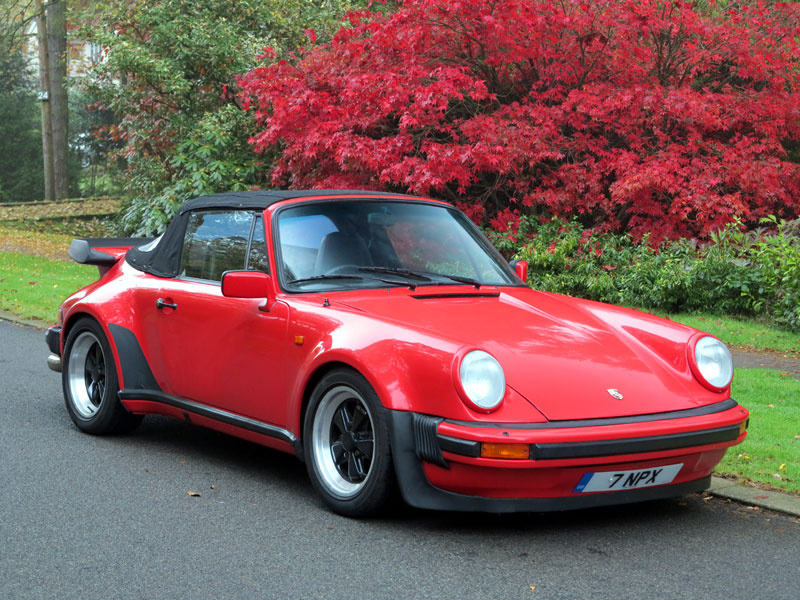 After a lengthy gestation period, the now ubiquitous Porsche 911 entered production in 1964 and, despite Porsche's own attempts to replace the model with the 928 during the 1970s, much evolved versions of it remain in production to this day, 52 years later. The design was the work of Dr Ferry Porsche's eldest son, Ferdinand 'Butzi' Porsche and the company's joint founder and chief body engineer Erwin Komenda. By the birth of the SC derivative introduced in 1977, engine capacity had grown by 50 percent to 3.0-litres, much had been done to make the handling more benign and the interiors had become increasing civilised. Over the SC's five-year reign more and more was squeezed from the model's flat-six engine, leaving the last of the breed with a healthy 204bhp - sufficient to rush the Porsche to 60mph in 5.8 seconds and on to c.146mph. The striking Cabriolet variant was a late addition to the range and ultimately accounted for just 4,096 examples of total SC production.

This handsome right-hand drive example is presented in the classic combination of Guards Red body and Black leather interior. It has been professionally converted to later whale-tailed wide-bodied 'Super Sport' appearance using Porsche-only parts. The engine benefits from a previous overhaul and is believed to be to standard specification apart from a twin-outlet sports exhaust and BMC sports air filter. It has been serviced using Castrol Magnatec engine oil and Wevo gearbox lubricant. The brake fluid has been changed and the callipers refurbished. The vendor presently classes all major aspects of '7 NPX' as 'excellent' and the Black hood is said to be 'as new'. He is now offering the Porsche complete with engine overhaul photos, lots of receipts, keys/fobs, book wallet and an MOT valid to April 16th 2016.
Share: