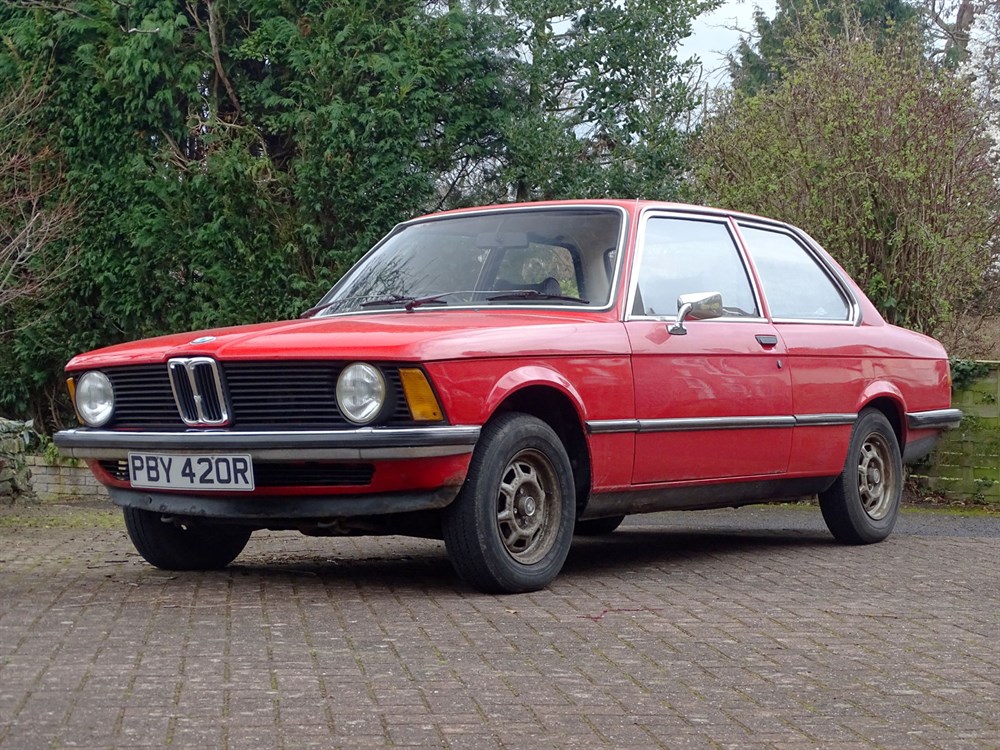 This charming BMW has been in the same family since new , having been ordered by a Thoracic surgeon in London then passed to his family. A rare example that still retains its original specification and comes complete with an interesting history file dating back to day one. A bill on file dated 2017 for £1600 covers some bodywork repairs. Always garaged and maintained.

The BMW E21 is the first generation of the BMW 3 Series, which was produced from June 1975 to 1983 and replaced the BMW 02 Series. Initial models were produced in a two-door sedan body style with four-cylinder petrol engines. Fuel-injected engines were introduced in late 1975 and 6-cylinder engines were added in 1977. A cabriolet body style - manufactured by Baur- was produced from 1978 to 1981. There was no BMW M3 model for the E21 generation, however several limited edition models were produced based on the highest model, the six-cylinder 323i. The E21 was replaced by the E30 3 Series in 1982.
Share: