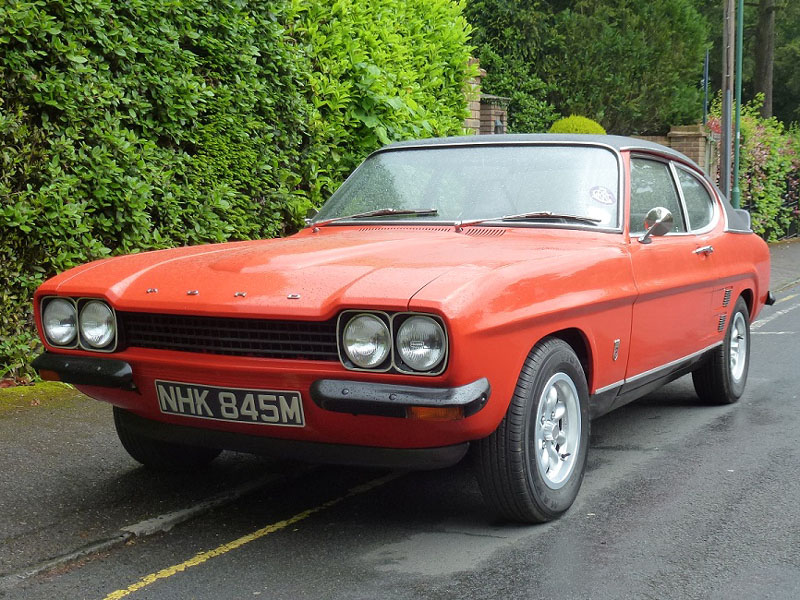 Ford's Capri was launched at the 1969 Brussels Motor Show. The monocoque body featured independent front suspension by MacPherson strut and a live axle with leaf springs at the rear. Braking was by discs/drums and steering by rack and pinion. Initially available with the four-cylinder Kent unit in 1300cc and 1600cc forms and a 2000cc V4 Essex, by September the 136bhp, 3-litre V6 Essex unit had been added to the line-up. Slick four speed manual or three speed automatic gearboxes were optioned. In the early 1970s Ford enjoyed considerable success in the European Touring Car Championship, initially with the RS2600 and then, following BMW's introduction of the 3.0 CSL, with the RS3100. The RS3100's Cosworth developed overbored Essex 3.0 V6 along with other improvements ensured the car remained competitive. Original RS3100s are much coveted by collectors and it is no surprise a number of evocations have been produced over the years.

The lovely example offered today left Dagenham as a 1600 XL and at some point in its life was turned into a convincing RS3100 'lookalike'. Powered by a 3.0 Essex V6 sourced from a Scimitar, the shell is said to be original and extremely solid, whilst the c.35,000 miles recorded, though unwarranted, are believed to be genuine. Originally finished in orange with a vinyl roof, this fast Ford exudes period charm even down to the Springalex steering wheel. Included in the history file are a Ford wallet containing two handbooks and a service book, assorted expired MoTs and numerous invoices including one from RSM Motorsport Ltd dated August 2016 (£1034.00) for AVO front and rear shocks, Mintex pads and an oil service. New Minilite wheels were fitted in November 2016. Turning heads wherever it goes, NHK 845M is offered with Swansea V5C and MoT to August 2017.
Share: