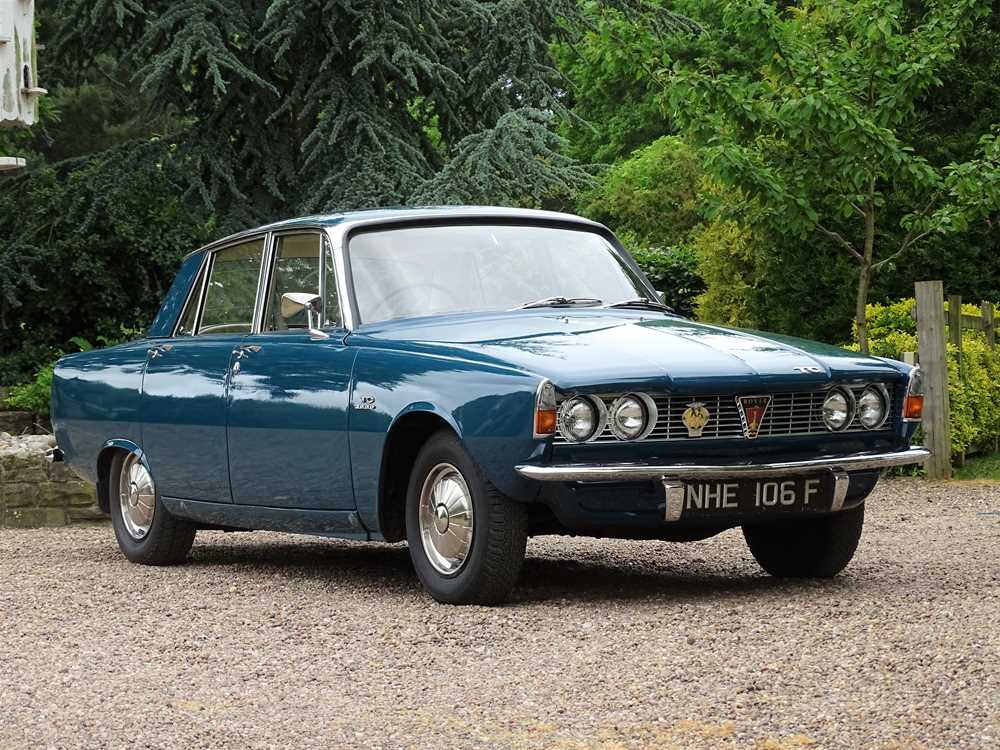 Introduced in 1963, the 2000 was the sixth and last of the P-Series Rovers which began with the pre-WW2 Twelve. Designed in-house it bristled with innovation and was quite rightly the winner of the first-ever European Car of the Year Award. Braking was through discs all-round while fully-independent suspension comprised a novel de Dion arrangement at the rear and an equally unique rocker system operating horizontally-mounted coil springs at the front. The intention behind the latter was to create an engine compartment wide enough to accommodate Rover's gas turbine unit, though this was never fitted to production vehicles. Initially powered by a 1978 cc (hence the 2000 name) OHC in-line four-cylinder unit, the maximum output was 90bhp at 5,000rpm. Some 322,302 P6 Rovers of varying engine capacity were produced before the model was superseded by the SD1 in 1977. Finished in Zircon Blue matched to a Cream leather interior the sale example is offered from a private collection and displays just 40,800 miles. Having been in current ownership since 1998 the vendor informs us he bought the Rover direct from its first and only other keeper. Offered with a collection of old MOT’s back to 1991 and V5c ‘NHE106F’ is currently classed as all 'Good' with regards to its bodywork, paintwork, interior trim, electrics, engine and gearbox.