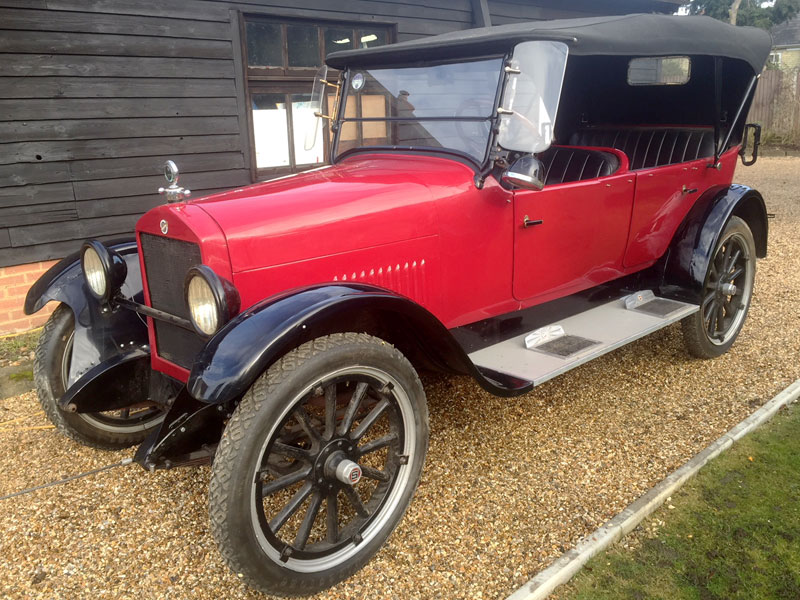 Prompted by the demand for more affordable cars following the cessation of WWI hostilities, the Studebaker Light Six model came into being at the company's massive purpose-built new plant at South Bend, Indiana in April 1920, and remained in production for the next seven years. Power came from a 40hp 207ci L-head straight-six engine that The Motor described as 'silent, vibrationless, flexible and powerful, and the car's best feature'. The type of five-passenger Tourer now offered was among four choices of bodywork. This delightful example has self-evidently been the subject of a comprehensive restoration and the vendor presently considers the Studebaker's bodywork, Red over Black paintwork, Black interior trim, engine and three-speed manual gearbox to all be in 'excellent' order. The car rides on wooden artillery wheels shod with Firestone 'Non-skid' tyres and was imported to the UK around four years ago. It comes complete with V5C and the UK registration 'BF 6278'.
Share: