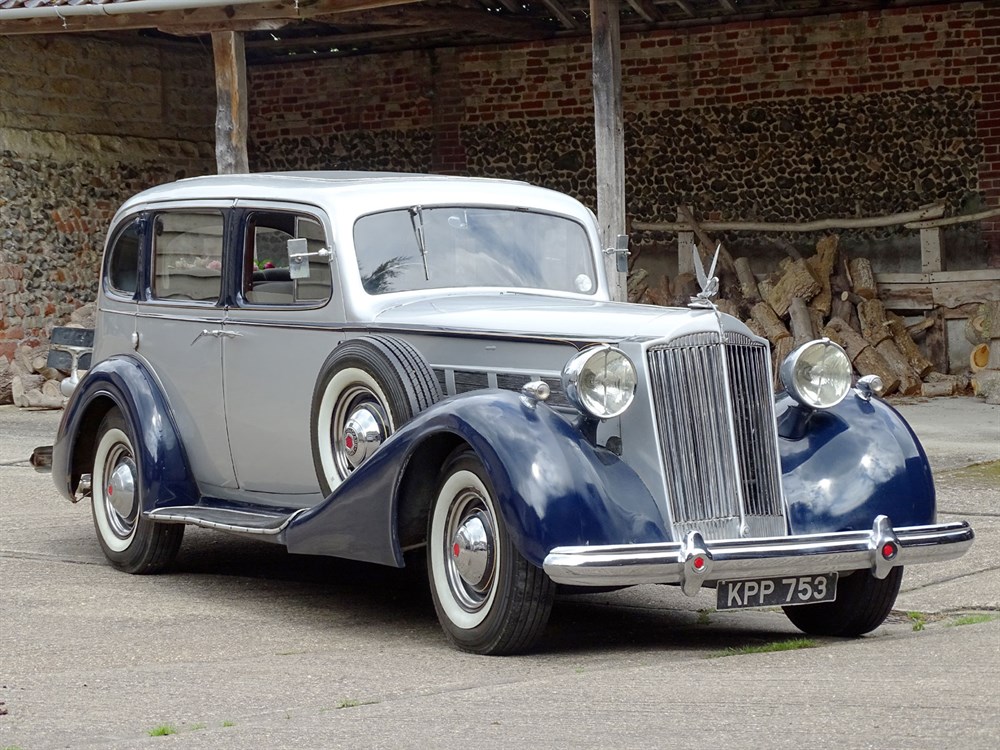 - Featured in the film The Mummy Returns

- Subject to renovation of the engine and wiring

This splendid item of period Americana is liveried in Silver over Blue, trimmed in Blue cloth, and rides on Whitewall tyres. Equipped with right-hand drive, it is powered by a straight-eight engine of 5.2-litres that drives through a manual three-speed gearbox. It has spent most of its life with the other 1930s Packard in this sale, initially serving as Embassy cars in London from 1937 to 1939, at which point they were requisitioned by MI5 for the war effort, during which they reputedly served at Bletchley Park. They more recently appeared on TV and in films, the most notable being `The Mummy Returns', in which they had starring roles. They have since served as matched wedding cars. Ongoing maintenance has included renovation of the engines and rewiring. With hydraulic brakes, geared steering, independent suspension and synchromesh gearboxes, they are said to be easy to drive. `KPP 753' comes complete with invoices, tax discs, old MOTs and is photographed in the "Great Marques of America" book by Jonathan Wood.