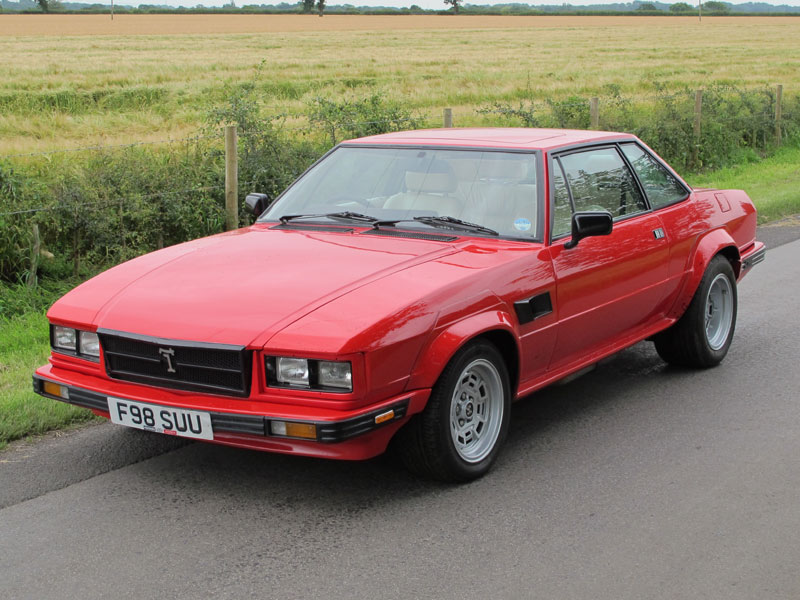 Unveiled at the 1972 Turin Salon, the De Tomaso Longchamp utilised a shortened version of the company's existing Deauville saloon platform; the two siblings thus sharing the same all-round independent suspension, power assisted rack and pinion steering and four-wheel disc brakes. Styled by Tom Tjaarda under Ghia, the 2+2 seater Coupe boasted a 140mph plus top speed thanks to its Ford-sourced Cleveland 5.8-litre V8 engine. Introduced at the 1980 Turin Salon, the revised Series 2 range heralded the addition of Cabriolet and high-performance GTS derivatives (the latter sporting a wider track and flared wheelarches). Although most buyers opted for automatic transmission, circa 17 of the 409 Longchamps reputedly made (395 Coupes, 14 Spiders) featured manual gearboxes. Last of the line, the rare GTSE model sported black detailing to its grille, rear spoiler, window surrounds, wing vents and bumpers etc not to mention a 5.8-litre 4V High Output powerplant.

Finished in Red with Cream leather upholstery, this particular right-hand drive example is understood to be one of just seven UK supplied cars. Reputedly the pick of the bunch, 'F98 SUU' was previously owned by the secretary of the De Tomaso Club. Passing into the vendor's hands thereafter, the Coupe has since been treated to various remedial works by the Barnsley-based marque specialist Three Point Four Ltd. As well as having its doors re-metalled, the 2+2 seater has undergone an engine / automatic transmission overhaul gaining a high performance camshaft in the process. Featured alongside an Aston Martin V8 in a 2010 Classic & Sports Car article, this imposing Longchamp GTSE now provides De Tomaso lovers with a rare opportunity.
Share: