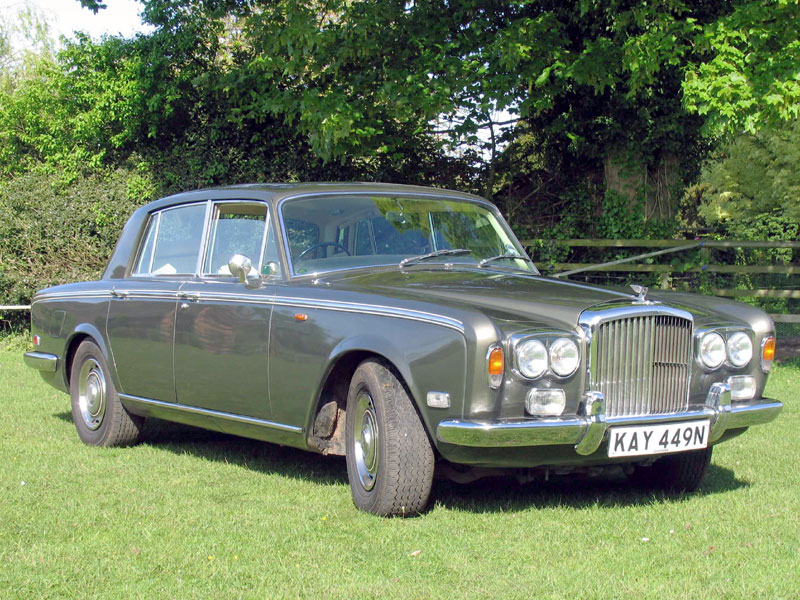 The T-Series was essentially a Bentley-badged version of the Rolls-Royce Silver Shadow. Its arrival in 1965 was none too soon, but resulted in many firsts for the company, including: unitary construction rather than separate body/chassis units, disc rather than drum brakes and independent rear suspension. Though shorter and narrower than the S3 it replaced, the John Polwhele Blatchley-penned T1 nevertheless possessed greater space for both luggage and passengers and certainly boasted far more modern looks. At launch it was powered by a 172bhp V8 engine of 6230cc, though this was enlarged to 6750cc in 1970. Early cars employed the same GM automatic transmission as the S3, but this was superseded by the much vaunted Turbo Hydramatic system from 1970 onwards. The car's famed 'magic carpet' ride was achieved courtesy of a high-pressure hydraulic system licensed from Citroen.

One of less than 2,000 Bentley T1s built, chassis number SBH20581 was first registered in 1975 and features the later 6.75-litre engine. It is finished in Moorland Green with complementary Champagne leather upholstery. The tax disc on KAY 449N runs until April 30th 2011, and the MOT until May 13th 2011. The battery is only about two years old, as are the tyres which have covered a mere 2,000 miles. The vendor is the seventh owner and bought the car from fellow RREC club-member Mr Bernard Tomkins in June 2000. Mr Tomkins had apparently had the car re-sprayed for his daughter's wedding immediately prior to the sale. The vendor has invested over £23,000 on the car during his tenure and major work in recent years has included replacement of the sills, wheel arches and rear valance (May, 2008) and a gearbox overhaul (August, 2008). The vendor describes the car as extremely sound, with solid bodywork, first-class brakes and good air-conditioning. The only faults known to him are a noisy air-conditioning compressor, while the gearbox whines until fully warmed up. Cosmetic blemishes are apparently confined to the inevitable chips, a small area of cracked paint over the passenger side rear light cluster, some very minor bubbling on the driver's side rear wheel arch, and some hardly noticeable shrinkage of paint on the front one. The chrome/stainless steel is said to be in very good order, with only one minor dent in the rear bumper. The rear of the interior is considered pristine, while the front is inevitably slightly worn after 30 years of sterling service.
Share: