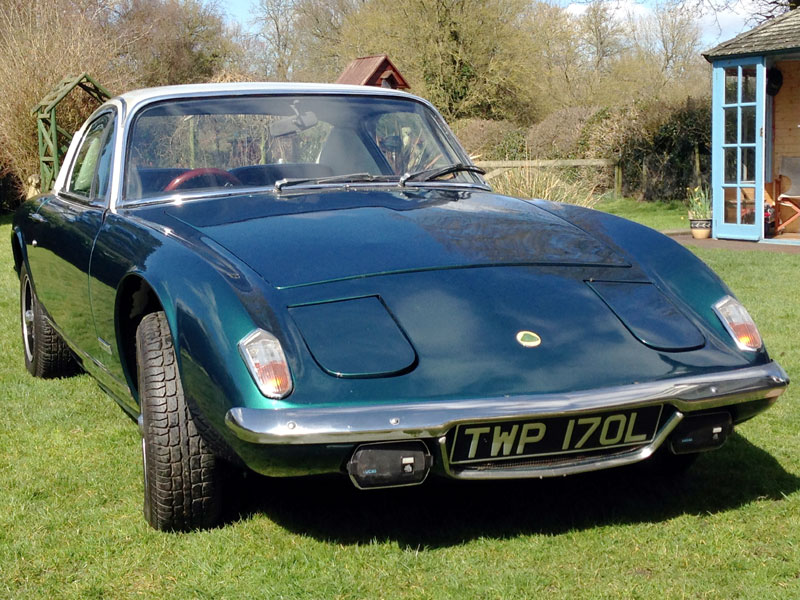 - Comprehensive history file with many past invoices and ownership details

The Lotus Elan +2S example on offer is one of the later 130/5 variants with the 5 speed gearbox and has been owned by the vendor for the last three-and-a-half years. The V5C shows a previous 14 year ownership and there are typed notes on file detailing ownership and maintenance works since the car is reported to have been purchased by someone in 1982. It is stated a new galvanised Lotus chassis was fitted and the engine was refreshed in 1985, and in 1994 the colour was changed from its original Tawny Brown to a metallic racing green with a metal flake roof. The current owner and vendor reports they have rebuilt the brake callipers and replaced many suspension bushes. The history file includes a generous quantity of maintenance and parts invoices, expired tax discs and MOT certificates, an invoice for a gearbox rebuild, and also what appears to be a copy of the original registration book. This is arguably the most desirable of Elan +2 variants and is described by the vendor as being in good to very good condition in all respects.
Share: