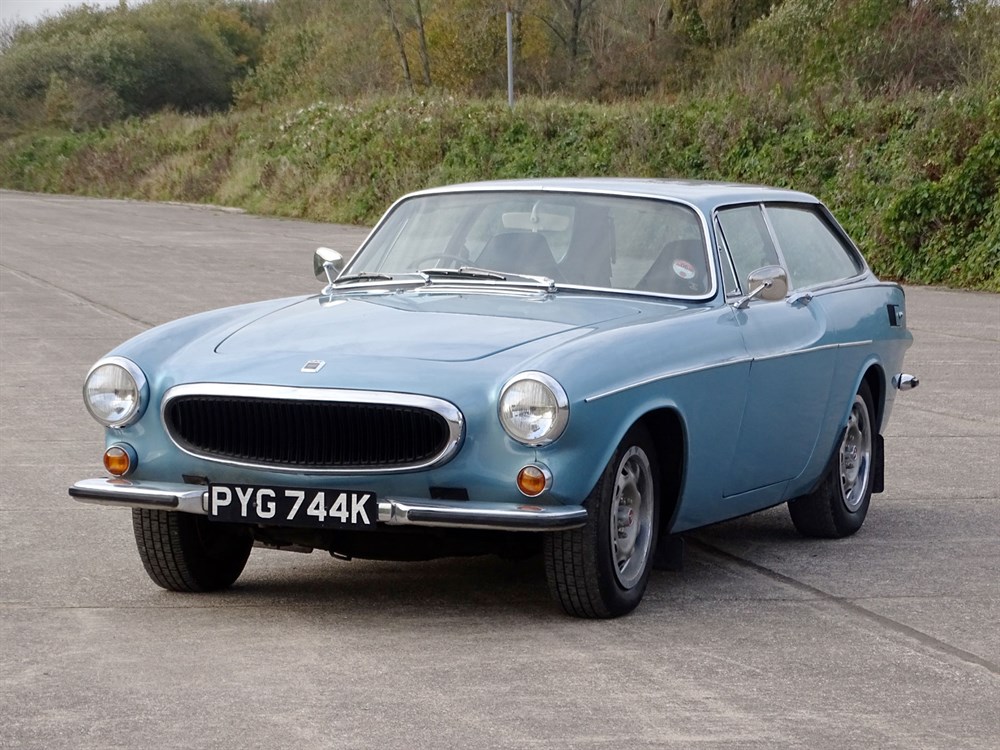 Based on a design exercise by Pelle Peterson (though with some subtle reworking by both Ghia and Frua), the Volvo P1800 sports car was unveiled at the 1960 Brussels Salon. Not entering production for a year, its two-door monocoque bodyshell was equipped with independent front suspension, a coil-sprung 'live' rear axle and disc / drum brakes. Powered by a 1782cc OHV four-cylinder engine (complete with five-bearing crankshaft and twin carburettors) allied to a four-speed manual gearbox, it was capable of over 100mph. Never a major contender in the racing world, a P1800 did, however, finish second in class at the 1967 Daytona 24-hour race. Introduced in August 1971, the 1800ES was arguably one of the world's first 'lifestyle' estate cars (a genre now typified by the BMW 3-Series Touring). Boasting notably greater luggage space thanks to its extended roof line and sharply raked glass tailgate, the model came with a more powerful Bosch fuel-injected 1986cc OHV four-cylinder powerplant as standard. Further benefiting from four-wheel disc brakes and the choice of either four-speed manual or three-speed automatic transmission, it remained in production until 1973 (by which time some 8,078 are thought to have been made).
Share: