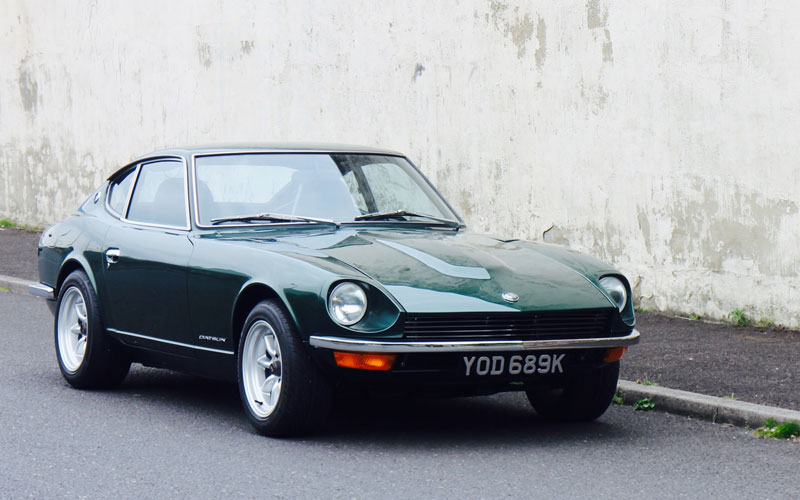 - Imported from California in 2015

- Subject of a detailed restoration supported by a portfolio of photographs

- Benefits include many mechanical upgrades improving safety and reliability

Nissan Motors' original and arguably most charismatic Z car, the 240 found instant favour among European enthusiasts. Stylish, rugged and great fun to drive, it was regarded by some as a spiritual successor to the Austin-Healey 3000. In common with that British icon it proved pretty handy in rallying too, netting outright victory for Shekhar Mehta on the 1973 East African Safari Rally. The very handsome left-hand drive 1972 example offered here has benefited from an extremely comprehensive restoration, during which we are informed 'everything was either refurbished or replaced'. Equipped with a five-speed manual gearbox, limited slip differential and power steering it also features uprated brakes (vented discs) and suspension. Finished in Green and trimmed in Black, it is currently considered by the vendor to have 'excellent' bodywork, interior trim, six-cylinder engine and transmission, and 'very good' paintwork. It is being offered with photos of the restoration and an MOT valid to March 22nd 2017.
Share: