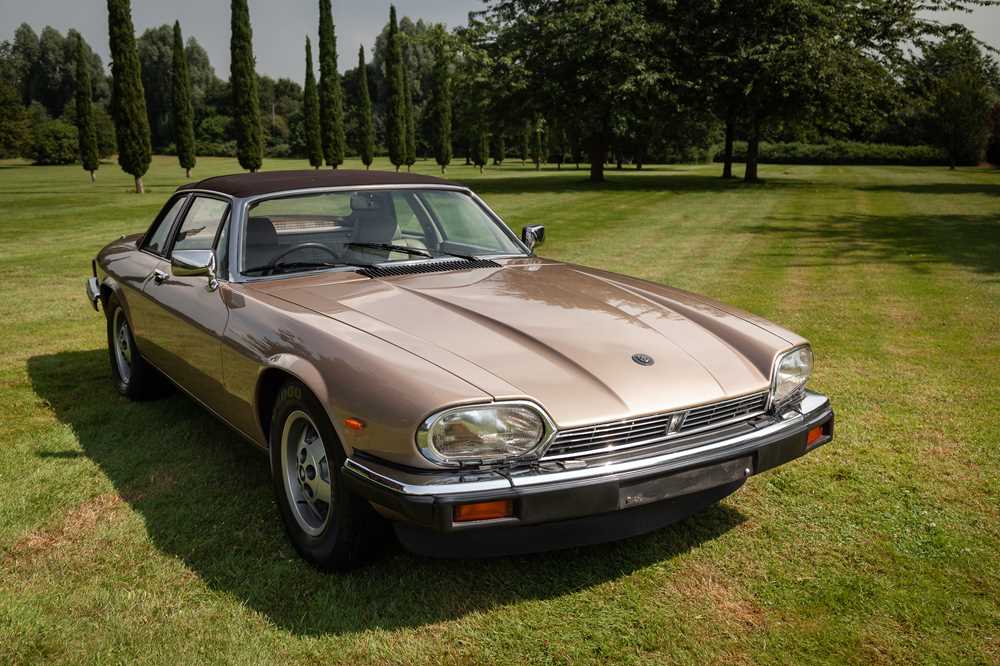 According to the International Jaguar XJ-SC Register, chassis 116005 is one of just fifteen examples which were factory finished in Silver Sand Metallic. Furthermore, we believe it to be one of only two cars that were acquired by Burberry for use in their period marketing (though, some sources suggest there were three). Road registered as ‘B555 ENP’ and ‘B777 ENP’ respectively, the Silver Sand and Sapphire Blue Cabriolets had their leather and walnut interiors augmented with Beige and Blue versions of the fashion house’s iconic check fabric before appearing in a series of advertisements promoting the ‘Burberry Look’. An accompanying service book includes a stamp from Burberrys Ltd in March 1987 at 3,986 miles and the two-seater had only covered 30,000 miles by the time its last (fourth) register keeper – Colin Craig – took possession from HR Owen Jaguar during May 1997. Re-registered as ‘JAG 542Y’ the following year, the XJ-SC was laid-up in 2005. Scroll forward seven years and Mr Craig decided to donate the car to his local Rotary Club who in turn tasked the Basingstoke College of Technology’s Automotive department with restoring it prior to a sale for charity. Renowned XJ-S specialist KWE identified a list of necessary works which were then undertaken by BCoT’s staff and students. As well as a complete respray, the two-seater had its rear axle assembly refurbished, rear brakes replaced, front upper ball joints / coil springs renewed and Targa panels restitched. It also benefited from a new rear Perspex window, fresh centre console wood trim, replacement rear bumper and ignition system overhaul (new distributor cap, rotor arm and HT leads) not to mention new cooling hoses and drive belts etc. With Harwood Jaguar contributing various new parts and access to specialist tools, the project was completed in 2015. Sparingly used over the past six years, ‘JAG 542Y’ now shows some 66,000 miles to its odometer. Highly presentable but not concours, this special Jaguar is expected to possess a fresh MOT certificate by the time of sale. Accompanying paperwork includes a book pack, assorted MOTs dating back to June 1993, several newspaper clippings and a photographic log of the restoration.