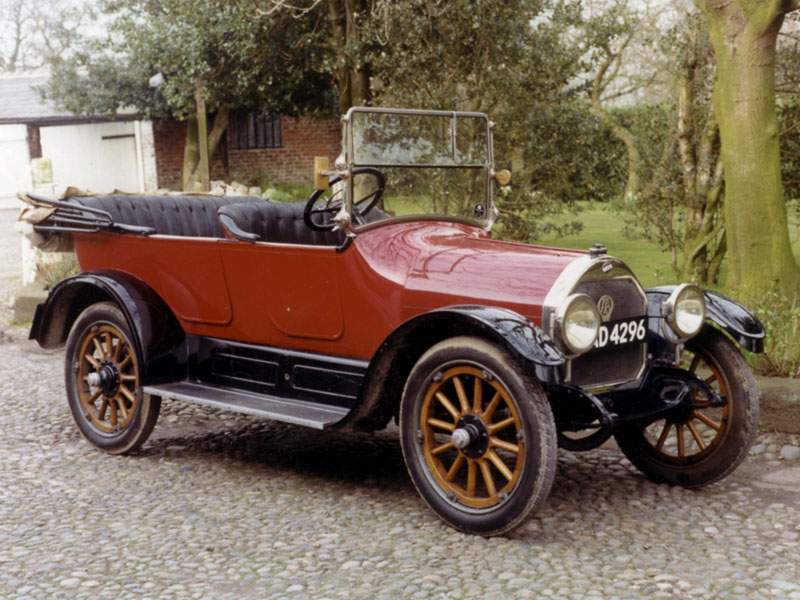 The 1915 Model 83 on sale was bought new in the UK in 1916 for £198 10s 0d. According to the vendor, it covered 1,000 miles per year for the first eleven years and was then laid up until discovered in an old coach house near Bristol during 1955. At this point it changed hands and moved to Leeds. The engine had seized but was freed with Redex and, without any further attention, burst into life on the third swing of the starting handle. Though the motor was then subsequently stripped, the only new parts required were apparently: five piston rings, new water hoses, one sparking plug and a set of leads and terminals. The rest of the car was also restored as required but the only new parts fitted or supplied were: hood, tonneau cover, tyres and inner tubes, battery, licence holder, two front spring greasers, one tail lamp bulb, three spare wheel straps and four door pocket flaps. The headlamp reflectors and all nickel parts were replated, and the upholstery repiped.

Now part of a deceased estate, we understand the car last ran in 1999 on the Irish Gordon Bennett Rally, and will require a level of recommissioning and a fresh MOT before it can take to the road once more. Currently showing an unwarranted but presumably correct 30,000 miles on the odometer, this remarkably original, two-owner Overland is finished in Maroon with a Black leather interior. The vendor regards the coachwork as "very sound and rust free" and the paintwork as "excellent".

PLEASE NOTE: The images used in the catalogue for this vehicle are old photographs and the Dixie magneto has since been replaced.
Share: