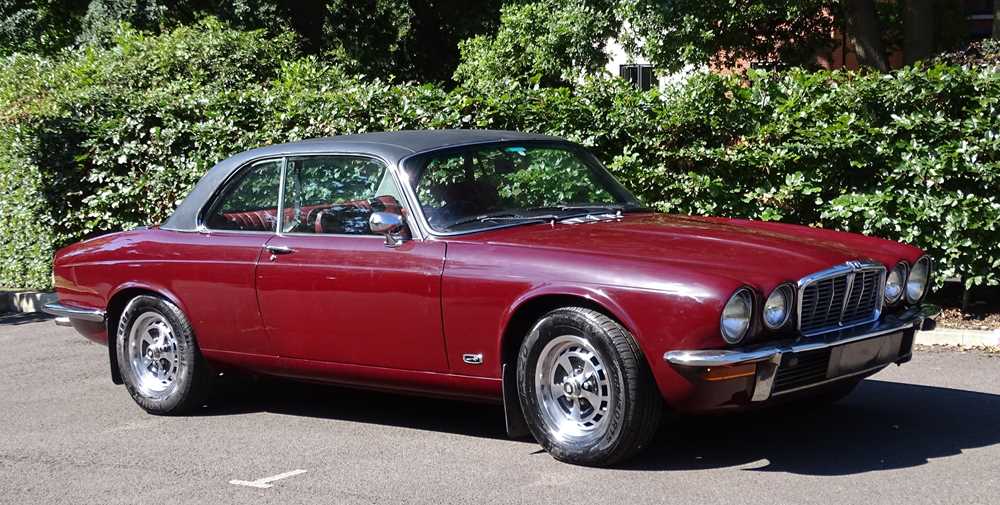 Jaguar's original XJ Saloon (retrospectively dubbed the Series 1) and its Daimler counterparts were introduced in 1968 and were the last models to have the personal input of Jaguar's founder, Sir William Lyons. The striking two-door pillarless Coupe derivative was first shown five years later, at the 1973 London Motor Show. Production was heavily delayed, however, and did not get fully underway until 1975. The newcomer was based on the short-wheelbase Saloon and featured suitably lengthened versions of the standard car's doors. There were two engine options - a 4.2-litre version of the ubiquitous DOHC XK unit and the 5.3-litre V12. The smaller-engined version came with the choice of manual or automatic gearbox. The silky smooth suspension was independent all round, braking by discs at each corner, and steering by rack and pinion. A total of 10,426 Jaguar and Daimler Coupes were produced before production ceased in 1978 - 8,214 were bestowed with the 4.2-litre engine.

1 of just 2,606 Jaguar XJ-C 4.2 cars made to right-hand drive specification, chassis 2J2247BW was completed on 20th May 1976 and despatched to British Leyland, Australia on 28th May that same year, where it was fitted with air-conditioning. The car was re-imported around five years ago by the current vendor who acquired the car from a friend who is believed to have owned the car since the late Seventies. Under the previous owner, the car was the subject of a respray in its original Regency Red, a new Black vinyl roof covering and retrimmed seats in Russet Red hide, along with a conversion to four-speed manual transmission with overdrive. It is fitted with Kent alloy wheels and has received an uprated cooling fan. Described by the vendor as being in stunning condition with many original features still in evidence, this collector-grade XJ-C comes with Handbooks, Workshop Manuals, a Jaguar Heritage Trust Certificate, a Nova declaration and the Australian registration documents.