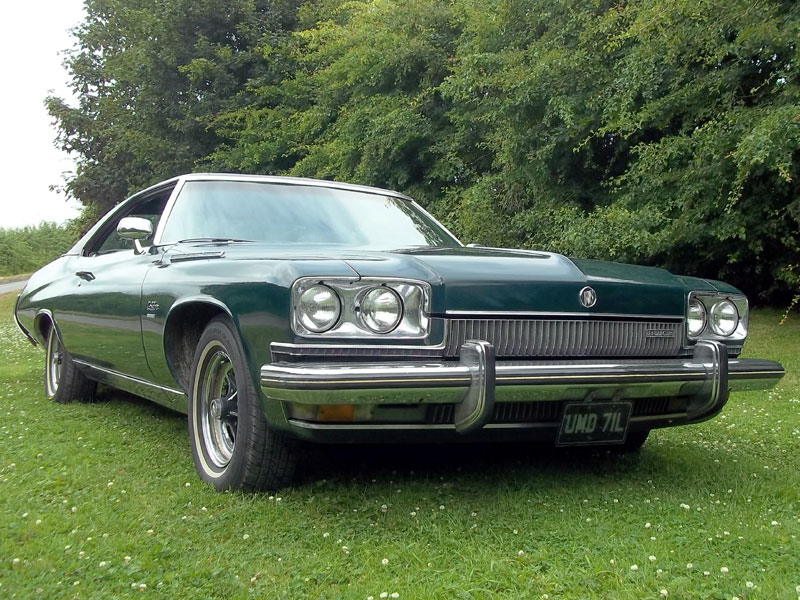 This striking lefthand drive example of the '73 pillarless two-door Coupe starred in an episode of Top Gear with `Captain Slow' at the wheel, a DVD of which comes with the car, along with a large selection of photos. It was evidently treated to a major restoration in 2003 that included attention to the engine, gearbox, brakes, steering, exhaust system and paintwork; the expenditure on which totalled in excess of £8,000, and the car has been dry stored since the work was completed. However, the vendor informs us the car is now in better order and has since benefited from the installation of adjustable air suspension on the rear at a cost of £2,000 plus fitting. Other recent improvements include all new front suspension bushes `so it drives as it should'. The Buick's bodywork is finished in Dark Green topped by an Everflex roof, while the interior is trimmed in White-piped Green cloth and is powered by a 5.7-litre (350ci) V8 that's topped by a 4-barrel carburettor. The vendor describes `UMD 71L' as `an original, well looked after, low mileage example, that emanates from a private collection and is offered with a comprehensive history file, a selection of old MOTs, and one valid through to August 12.
Share: