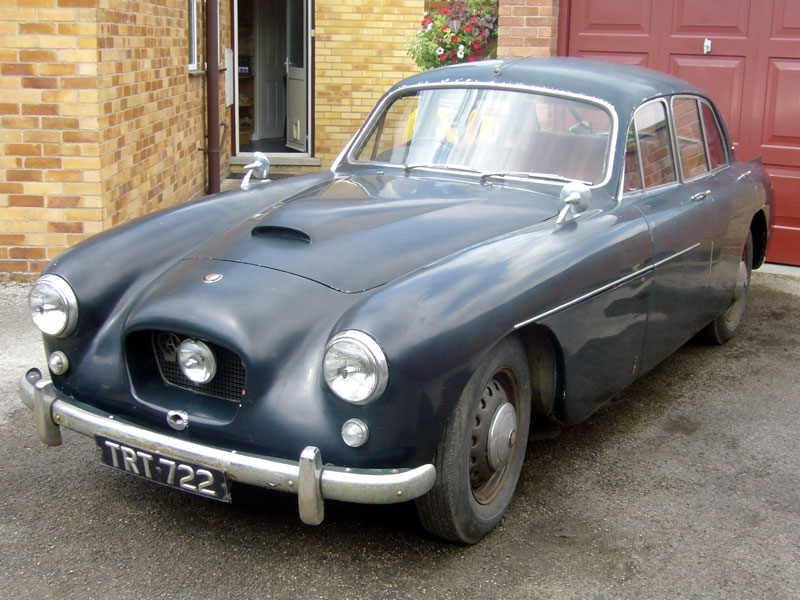 Having made a major contribution to both world wars, the Bristol Aeroplane Company ended 1945 with a surplus of skilled labour and, to redeploy this resource, created a luxury car division. Under the war reparation scheme, rights were acquired regarding pre-war BMWs and their powerplants. The company was therefore able to produce its first vehicle - the 400 Saloon - in the autumn of 1946. The chassis was based on that of the BMW 326, its graceful body inspired by the 327, and the engine a mildly modified version of the 328 unit. Introduced in 1954, the 405 Saloon was Bristol's first and, so far, only four-door offering. Effectively a long-wheelbase version of the outgoing 404, it was also the first of the marque to feature an opening bootlid. The newcomer was powered by the 100B2 version of the company's 1971cc OHV straight-six engine. It developed some 110bhp and drove through a four-speed manual gearbox plus Laycock de Normanville overdrive. Suspension was independent at the front by transverse leaf spring and by solid axle and torsion bars at the rear. Braking was by drums all round (front discs were optional) and steering by rack and pinion. Total 405 production comprised 265 Saloons and 43 Drophead Coupes. The model was replaced by the 406 in 1958.

The 405 on sale left the Filton factory in 1956 and is thought to have been first registered to an R.F. Fuggle of Bushey Heath the following May. Nothing is then known of the Bristol's whereabouts until it was purchased by the vendor's father-in-law in 1970. He ran the saloon until 1981, since when it has lain unused, passing to the vendor in 1991. He considers the alloy body to be sound and had the Bristol undersealed and Waxoyled in 1992. The original Dark Green paintwork has evidently darkened with age and needs attention, as does the brightwork. We understand the Red leather upholstery is in reasonable order, but the carpets need replacing and the dashboard requires re-varnishing. The engine and gearbox are apparently in running order and a new stainless steel exhaust was fitted in 1995. 'TRT 722' represents an exciting opportunity for Bristol enthusiasts everywhere.
Share: