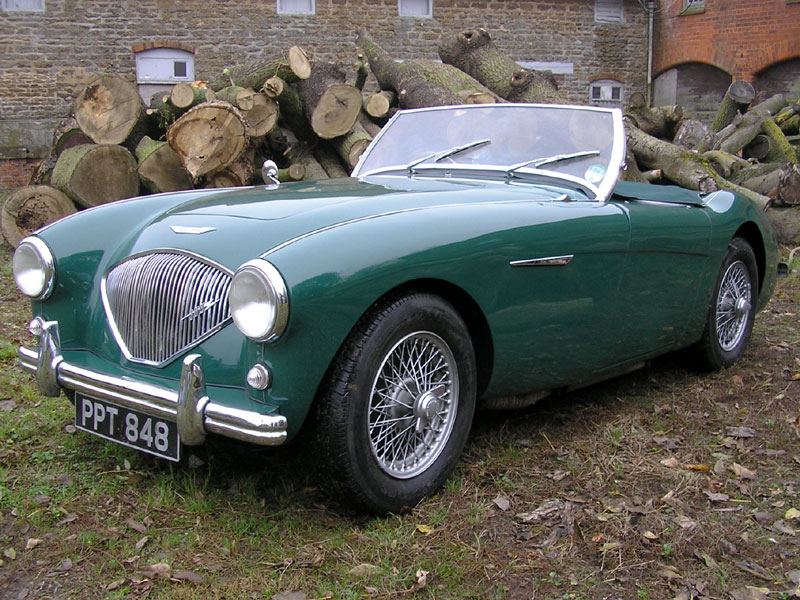 This lovely-looking home market 100/4 is finished in Spruce Green matched with a Green leather interior. The subject of an older restoration, 'PPT 848' has remained within the same family ownership for over 40 years, though apparently had little use since the last full service. The vendor these days regards the bodywork and paintwork as 'very good' and the 2.6-litre engine and interior trim as 'good', while the three-speed manual overdrive gearbox has recently been overhauled by JME Healeys. He is now offering the Healey complete with new battery and history file containing photos of the restoration, plus sundry invoices and old MOTs etc.
Share: