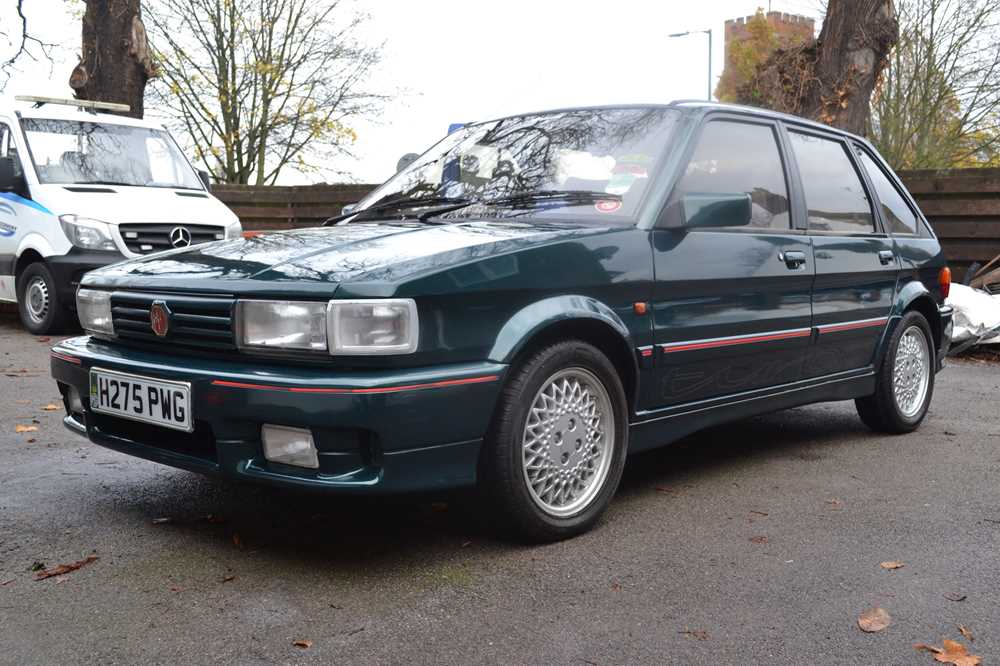 The MG Maestro Turbo was a high-performance reaction to the growing band of 16 valve hot hatch cars of the post-1986 period. In fact, a Maestro Turbo was part of the production plan back in 1984, but the development cars were said to be ‘too fast’ and only the Montego Turbo appeared during that period. Events though, saw the model resurface, this time with a beneficial and very individual body kit. The Maestro Turbo was first shown in a low key way at the Birmingham Motor Show in October 1988 to a surprising MG world. Essentially the car was a standard MG Maestro into which the Montego Turbo drivetrain and suspension were fitted, to create the fastest production MG to date. Promoted by MG as having better in-gear acceleration than a Ferrari, with claims of 0-60mph in 6.7 seconds and 132mph.

Manufacturing in 1990, this example was one of only 149 Maestro Turbo’s finished in British Racing Green, and first UK registered in November 1990. Fitted with the 2.0-litre straight-four engine with Garret T3 turbocharger mated to a manual transmission, the Maestro has covered 86,300 miles from new, although the MG has only covered circa 1,000 miles in the last eight years. With six former total keepers, the Maestro is supplied with the owner's handbook, stamped service book, a collection of past invoices, authenticity certificate, and V5C. Supplied with an MOT until November 2021.