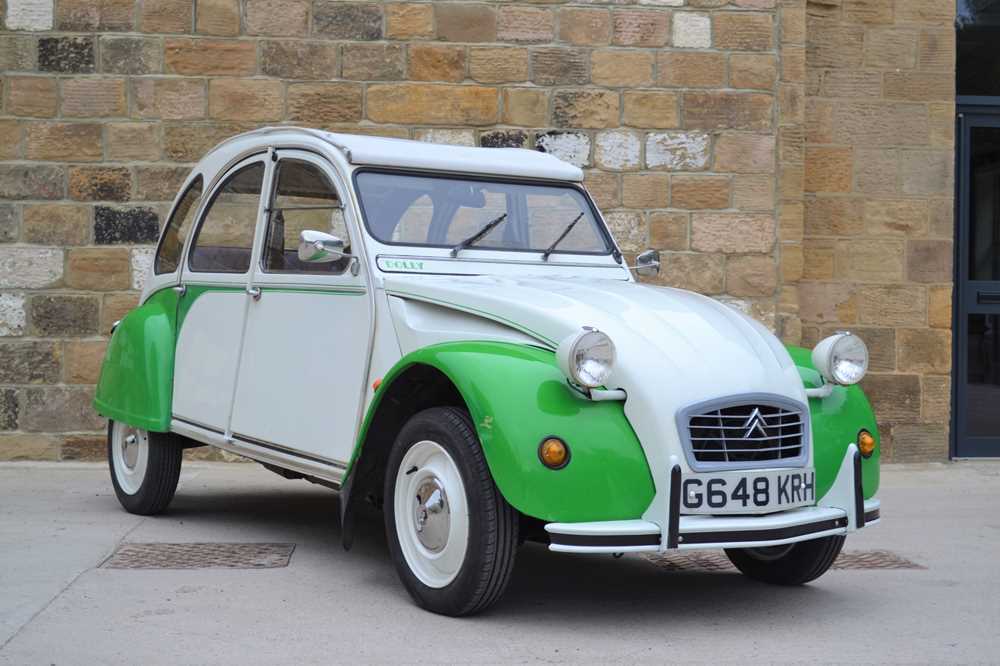 The development of Citroën's ever-charming Deux Chevaux dates back to 1936, ie a couple of years after the company had been rescued by Michelin. It was intended to motorise the large number of French farmers still relying on horses and carts, and it was research carried out amongst France's largely rural population that determined the following unique design brief: a low-priced, rugged 'umbrella on four wheels' that would enable four peasants to drive 110lb of farm goods to market at 31mph in clogs and via muddy, unpaved roads; including transporting eggs across a ploughed field without breaking them. Production was delayed by WWII, but began in 1948, following which 3,872,583 2CVs were manufactured via 11 factories across the world (including one in Slough, England) between 1948 and 1990, by when the ageing design had been defeated by contemporary legislation. The peak of 2CV sales in the United Kingdom would be reached in 1986, thanks to the introduction of the popular Dolly special edition (see below)—7520 new 2CVs were registered in Britain that year.

Manufactured in 1989, this 2CV6 Dolly was supplied new by Dixon Brothers Ltd. Citroen of Hull being supplied on the 12th of September 1989, it is fitted with the 602cc two-cylinder air-cooled engine mated to the four-speed manual gearbox. Finished in the colour combination of White and Green paintwork with a light cloth interior upholstery, ‘G648 KRH’ is a scarce low mileage example having covered a mere 43,403 miles from new (at time of consignment). Having just four former keepers, the Citroen has benefitted from recent interior refreshment and in 2020 was subject to an engine fettling comprising new spark plugs, ignition system checks, carburettor set-up and rear brake adjustment. Recently subject to comprehensively refurbished wheels and fitted with four new tyres.

The Citroen is offered with a history file containing the original book pack presented in the Citroen wallet including the handbook and stamped service book which illustrates nine service entries, a workshop manual, a selection of past MOT’s, invoices and tax discs, a previous logbook and current V5C. A rare low mileage example of the iconic 2CV!