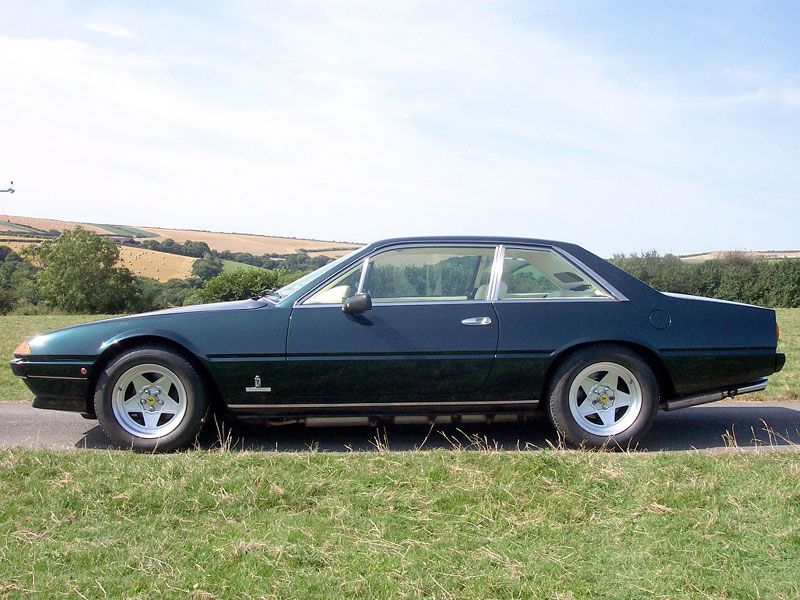 This example of Ferrari's handsome 400i has been in the current ownership since 1997 and benefitted from a bare metal respray and re-trim between 1997 to 1999 during which the exterior colour was changed from red to the current Verde Silverstone and the interior from sand leather to cream piped green. We understand the speedometer was replaced last year and now reads 17 miles. The vendor retained the original unit which reads 54,904 miles making a total of 54,921. Described by him as being in "good" condition throughout except for the air-conditioning being inoperative it is accompanied by a Swansea V5 document showing just three former keepers, assorted paperwork and MOT to 22 July 2013.
Share: