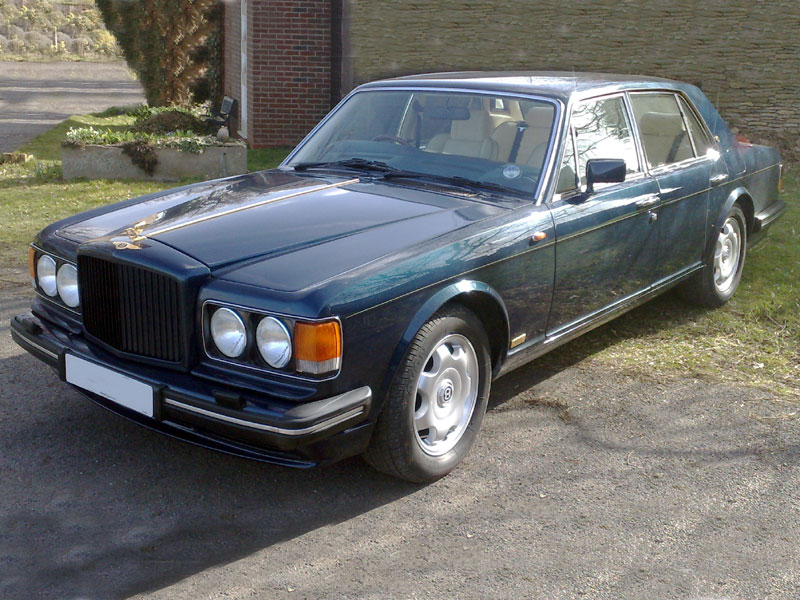 An evolution of the established Mulsanne Turbo, itself derived from the Rolls-Royce Silver Shadow first seen in 1965, the Bentley Turbo R was introduced at the March 1985 Geneva Motor Show. Visually distinguished by its front air dam and alloy wheels (a marque first), the newcomer further benefited from stiffer anti-roll bars, recalibrated dampers and sharper steering. Easier and more enjoyable to drive quickly that the Mulsanne, its superior dynamics sounded the death knell for the older car. Although Bentley was coy about releasing power outputs, other sources suggested that the Turbo R's force-fed 6750cc V8 developed some 320bhp and 455lbft of torque. Equipped with three-speed automatic transmission as standard, the four-door super-saloon was reputedly capable of 0-60mph in under seven seconds and a top speed of 135mph. Trimmed with the same skill and attention to detail as any other Crewe-built car, its cabin was adorned with thick leather hides, rich wood veneers, polished chrome fittings and plush carpets. Upgraded with Bosch Motronic fuel injection and ABS brakes during 1986, the model was further reworked for the 1989-model year, gaining quad headlamps and an increased 145mph top speed.

Finished in dark blue metallic with cream leather upholstery, this particular example is described by the vendor as being in "very good" condition with regard to its engine, automatic transmission, interior trim and electrical equipment. While, he rates the bodywork as "good" and the paintwork as "good for year" explaining that the Bentley's last keeper had its colour changed from gold to the current hue via a £12,000 bare metal respray carried out some fourteen years ago. Sporting alloy wheels, inset wooden door panels and sumptuous over rugs, this striking Turbo R has been in the current ownership for six years and is offered for sale with MOT certificate valid until August 2010.
Share: