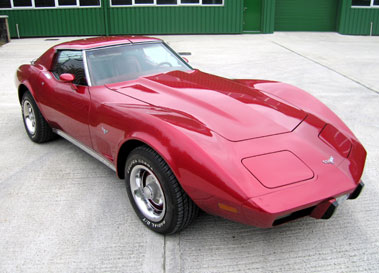 Finished in metallic maroon with red vinyl upholstery, this particular example is described by the vendor as being in "very good" condition with regard to its engine, automatic transmission, electrical equipment, interior trim, chassis, bodywork, paintwork and wheels / tyres. Reportedly "restored to original specification", 'UVW 725R' is said to have had just "three owners from new" and to have been "a UK concours winner on several occasions". Benefiting from a gleaming engine bay, 'targa' roof and rear luggage grid, this rare 'L82' Corvette is offered for sale with MOT certificate valid until September 2008.