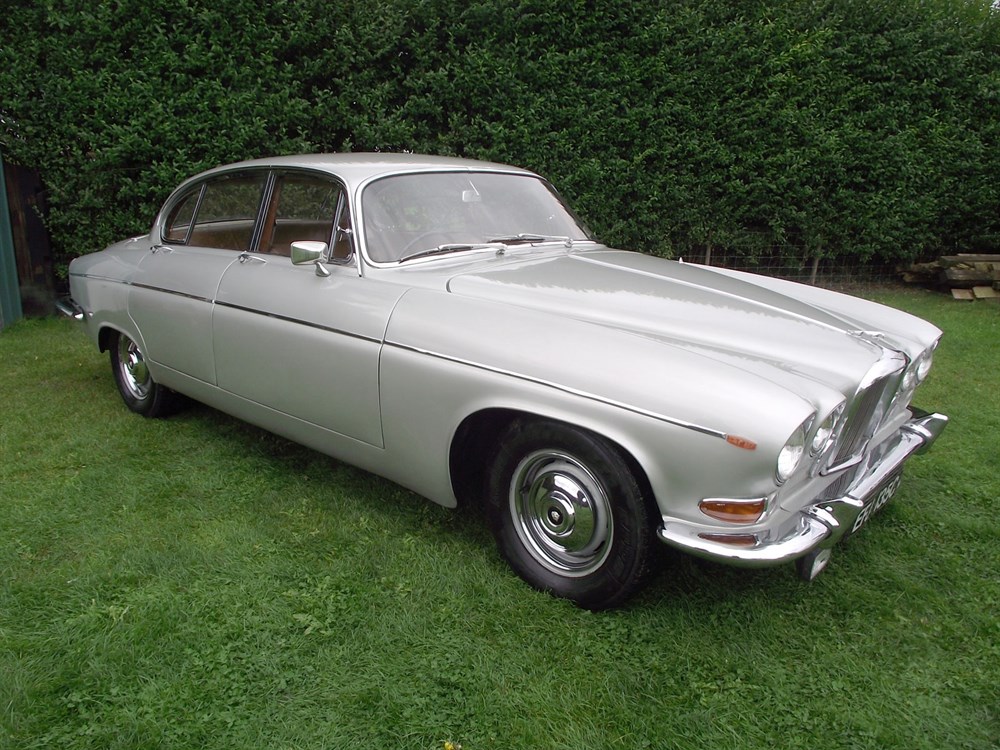 - Present owner since 1998 with only four former keepers

- Kept in regular use and reported to be 'running well'

- Original toolkit and history file with MOTs dating back to 2002

Jaguar's Mark X saloon assumed top-of-the-range status at its introduction in 1961. The newcomer's wider track and lower roofline ensured an infinitely more modern look than that managed by the outgoing MKIX, while the four headlamps and squat, vaned radiator grille heralded a new image for the marque. By the time of the 1966 London Motorshow, the model had been renamed 420G, some 5,763 of which were built before it was superseded by the XJ6 in 1970. This decidedly well-presented triple carburettor example has remained in the current ownership since 1998 and had just four former keepers. The vendor informs us that `it has been kept in regular use and is running well'. He considers the bodywork, original Tan hide interior trim, 4.2 litre XK engine and three-speed automatic transmission to be in `excellent' order and the Silver paintwork as `good'. It is being sold complete with history file, original toolkit and MOTs dating back to 2002.
Share: