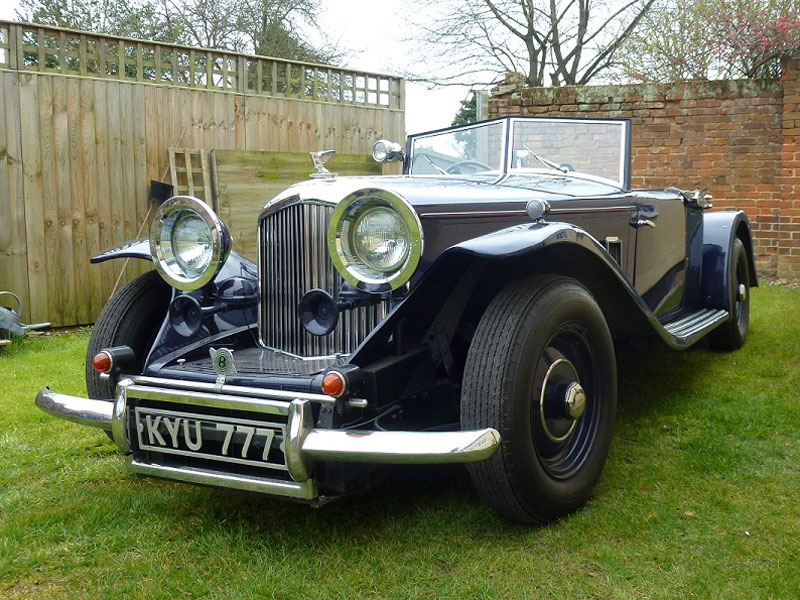 - One of just four believed produced

Built as a 21st birthday present for the previous owner by two brothers who were ex-owners of the Servis washing machine factory in Birmingham, this MkVI special is understood to be one of just three or four built by them. Finished in blue with black leather interior and blue carpet, wind-up windows and folding hood help to keep things civilised for both driver and passenger. A fitted tool kit and storage area are incorporated into the rear trunk which sits in front of the twin rear-mounted spare wheels.

Acquired by the vendor in 2011, the car has been used sparingly during his ownership. He currently rates the body and paintwork as "average", informing us the engine "runs fine" and that the gearbox is "good". Displaying some 67,290 miles on its odometer at the time of cataloguing, KYU 777 is offered with Swansea V5 document and is expected to be driven to the sale venue from Suffolk.

PLEASE NOTE: Further background information has been kindly forwarded to us by Keith Williams, a friend of the the Wilkins brothers' nephew:

Brothers Henry and Edward Wilkins were the sons of the founder of Servis washing machines - Walter Wilkins.

Henry owned a collection of some 22 mainly pre-war cars (Rolls-Royces and Bentleys amongst them), while he and his brother Edward also restored cars to help fund the upkeep of the collection. Much of the restoration work was carried out by Cliff Long in the workshops at Henry's home, Brockton House, Shifnal, Shropshire.

This example was restored as a present for Edward's son Charles Wilkins on his 21st birthday.

Charles died around 2011 and the Bentley passed on to his wife Debby following his death.
Share: