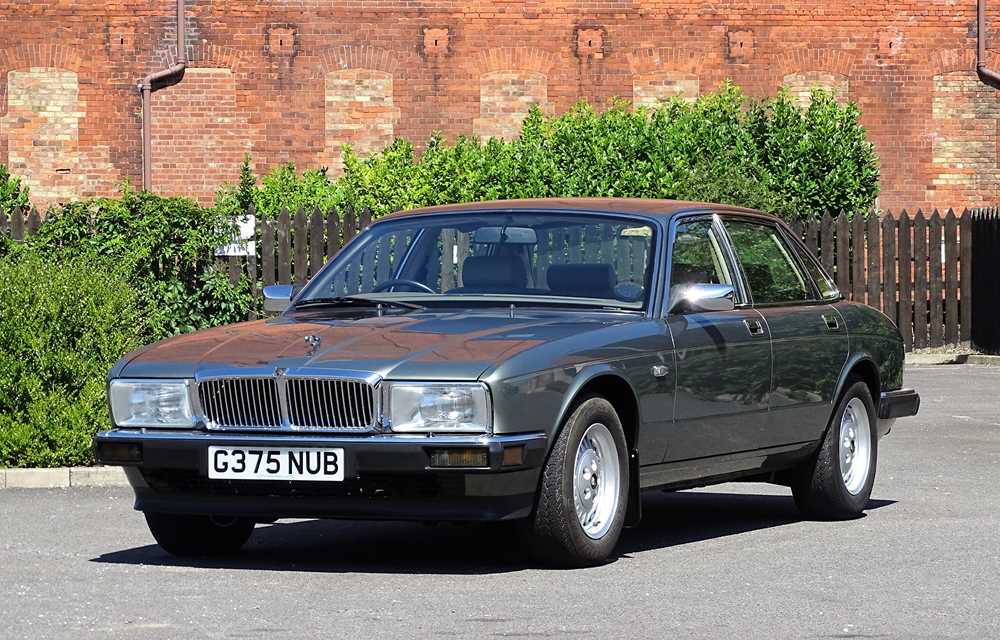 Finished in the attractive combination of Jade Green metallic with Parchment leather upholstery, ‘G375 NUB’ has covered a mere 16,000 miles from new. Supplied by Armstrong Massey of York at a cost of £32,708.12 on April 11th 1990, it has only ever been registered to two members of the same family. Pleasingly retaining its original number plates, rear window sticker, purchase invoice and book pack, the latter contains a service book with stamps at 1,089, 5,063, 7,614, 8,634 and 12,900 miles. Quite possibly the best preserved XJ40 we have encountered, ‘G375 NUB’ has aged remarkably little over the past thirty years and indeed would not look out of place in a Jaguar showroom today. The tool kit appears unused and even the factory spare wheel still carries its original serial number sticker. A potential concours contender, ‘G375 NUB’ is worthy of close inspection.

Following numerous delays, the all new XJ6 (or XJ40 to use its code name) was finally launched in October 1986 as a replacement for Jaguar's ageing Series III cars. More evolutionary than revolutionary, it boasted all-round independent suspension, power-assisted rack and pinion steering, four-wheel disc brakes and generous levels of sound deadening. However, it proved to be a credible alternative to the Mercedes-Benz S-Class and BMW 7-series and was well received by the contemporary UK motoring press. The newcomer was initially available with a choice of two variants of the straight-six AJ6 powerplant - the 2.9-litre SOHC unit (a derivative of Jaguar's legendary V12) or the 3.6-litre DOHC engine. The former produced 165bhp and 176lbft of torque and the latter gave 221bhp and 248lbft of torque. Allied to either a five-speed manual or four-speed automatic 'J-gate' transmission, they allowed purchasers to prioritise performance over economy and vice-versa. By 1989, Jaguar had been bought by Ford who changed the engine offerings to a 3.2-litre DOHC unit or a 4.0-litre DOHC one. They also replaced the often unreliable digital dashboard with conventional analogue instruments. As with previous generations of the XJ6, the most opulent versions carried the Sovereign badge.