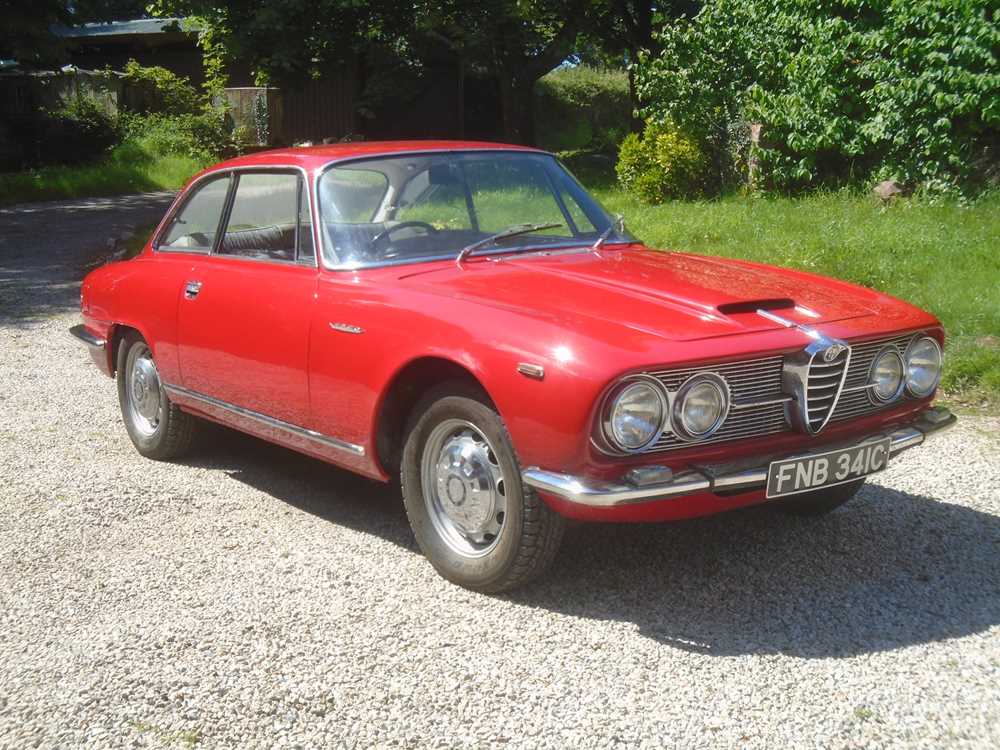 This rare, right-hand drive 1965 Alfa Romeo 2600 Sprint had been in storage for at least 20 years by the time the vendor bought it during 2009. Subject to a marathon recommissioning thereafter, which has only just been completed, the Coupe was found to be remarkably solid for a 1960s Alfa Romeo. Then again factory records confirm the 2600 Sprint was one of ten such right-hand drive cars which were originally earmarked for delivery to Australia so perhaps years spent in the Antipodean sun helped preserve it.

It is unknown when the four-seater arrived in the UK but at some stage prior to being laid-up it was put through an invasive ‘French Connection’ type search. Stripping the bodywork back to bare metal revealed a series of chiselled openings on the passenger side sill (behind the cover) and in the recesses of the footwell. More intriguingly, one of the front wings showed signs of what looked very much like brazed-up bullet holes! Could the discovery of unspecified contraband explain the decades spent in storage and absence of any documents?

Regardless of its past (salacious or otherwise), the Alfa Romeo is now UK road registered as ‘FNB 341C’ with the DVLA accepting copies of the factory records showing that chassis AR854441 was manufactured on 3rd September 1965 and sold to its first owner on 12th July 1966.

The car has undergone extensive panel work with any previously damaged sections cut out and replaced, the passenger cabin and boot floors are original and very sound and it has received a bare metal repaint in Alfa Romeo Brilliant Red of the exact shade used for that period. The Coupe also sports a very unusual (and perhaps unique?) discreet duck tail spoiler on the bootlid which has the effect of elongating the slightly truncated standard rear end of this model.

Mechanically, after such a long period of inactivity the engine appears to have suffered no ill effects and is remarkably quiet, runs at correct temperature (water pump refurbished and radiator recored) and holds good oil pressure. Gearbox and clutch perform without issues and all the brake callipers have been rejuvenated with new pads fitted. The original light grey leather seats have been retained and a new headlining and carpets have been installed.

Introduced at the 1962 Geneva Salon, the Alfa Romeo 106-series was conceived as the Milanese manufacturer's flagship range. Available in Berlina, Sprint and Spider guises, it was based on a reworked / elongated 102-series platform featuring all-round coil-sprung suspension and four-wheel disc brakes (though, some early cars had drums to the rear). Harking back to Alfa's illustrious Grand Prix past, it was powered by a bespoke 2584cc DOHC straight-six engine. Credited with some 145bhp and 156lbft of torque, this all-alloy unit drove the rear wheels via a five-speed synchromesh manual gearbox. Arguably the best-looking variant, the two-door Sprint coupe was styled by newly appointed Carrozeria Bertone design chief, Giorgetto Giugiaro. Despite a reputed top speed of 125mph and spirited acceleration to match, the model was not as overtly sporting as it name implied. More of a sophisticated and refined Gran Turismo car instead, few rivals (and no other contemporary Alfa) could match its ability to seat four in comfort over long journeys at high speeds. Although, the Sprint outsold the Berlina and Spider, just 6,699 are thought to have been made during its six-year production life. Considerably more expensive when new than a Jaguar E-Type, the Alfa Romeo’s price tag was more akin to that of a Ferrari 250GTE 2+2 or Aston Martin DB4.