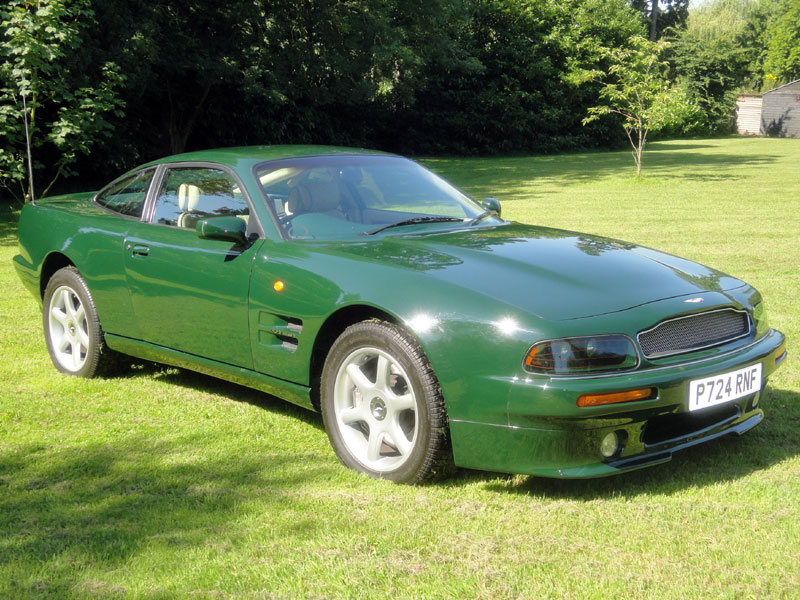 Unveiled at the 1996 Geneva Salon, the V8 Coupe slotted into the Aston Martin range below the flagship Vantage and Volante models. It was powered by a normally aspirated version of the 5340cc 'quad cam' V8 Vantage engine, the output of which was 349bhp - sufficient to propel the Coupe to 60mph in around 5.9 seconds and to a top speed of 155mph. Four-speed automatic transmission was standard fit for this model, which rode on distinctive six-blade OZ Saturn alloy wheels. The rims were shod with Pirelli P Zero 225/50 tyres. Few changes were made during the production run, which lasted until 1999 and accounted for a mere 101 examples.

The smartly presented right-hand drive V8 Coupe being sold is a 'matching numbers' example from February 1997. It is finished in Buckingham Green complemented by green-piped Sand Beige hide trim and Green carpets. Having largely been in storage since 2005, it is understood to have covered just 17,000 miles from new - a fact supported by the accompanying full service history; the most recent entry in which is for 2011. The Aston's suitably impressive specification includes: sports exhaust, cruise control and heated seats. These Newport Pagnell-built V8s are arguably among the last true Aston Martins models, and becoming increasingly collectable.
Share: