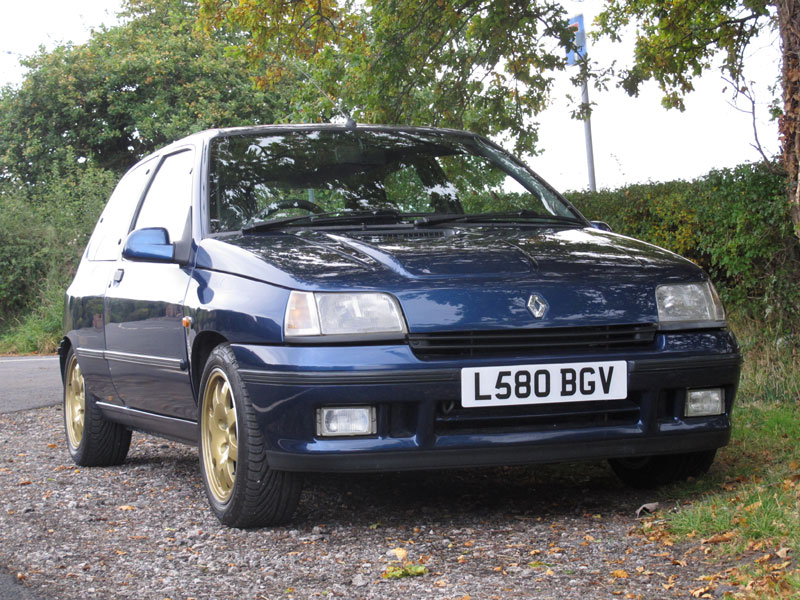 - Described as 'excellent' with regards to the paintwork, engine and interior


Unveiled in 1993 and much-vaunted by the motoring media, the special edition Clio Williams was a nod to the relationship between Renault and the Williams F1 team to whom Renault was supplying engines, and sparked by the company's desire to homologate a 2.0-litre race engine. Evolved from the 1.8-litre Clio 16S unit, the 150bhp powerplant featured uprated valves, camshaft, exhaust manifold etc. It drove through a modified JC5 gearbox and the chassis benefited from firmer than standard suspension and a wider front track. A total of 5,400 examples were produced over two years in three generations, 390 of which were made especially for the UK market.

One of the first of these iconic pocket rockets made, the sale car (No.22) has had seven owners to date and is smartly presented in the correct combination of Sports Blue paintwork and Gold-coloured eight-spoke Speedline wheels. The interior still boasts its 'W' monogrammed grey cloth seats and Blue Williams-branded floor mats. 'L580 BGV' is now offered complete with book pack containing 14 service stamps, old MOTs, load-cover with integral suit-carrier and original Hamilton & Palmer security system. MOT'd until 25th November 2016, the vendor regards the Clio as having 'excellent' bodywork, paintwork, interior trim, four-cylinder engine and five-speed manual gearbox.
Share: