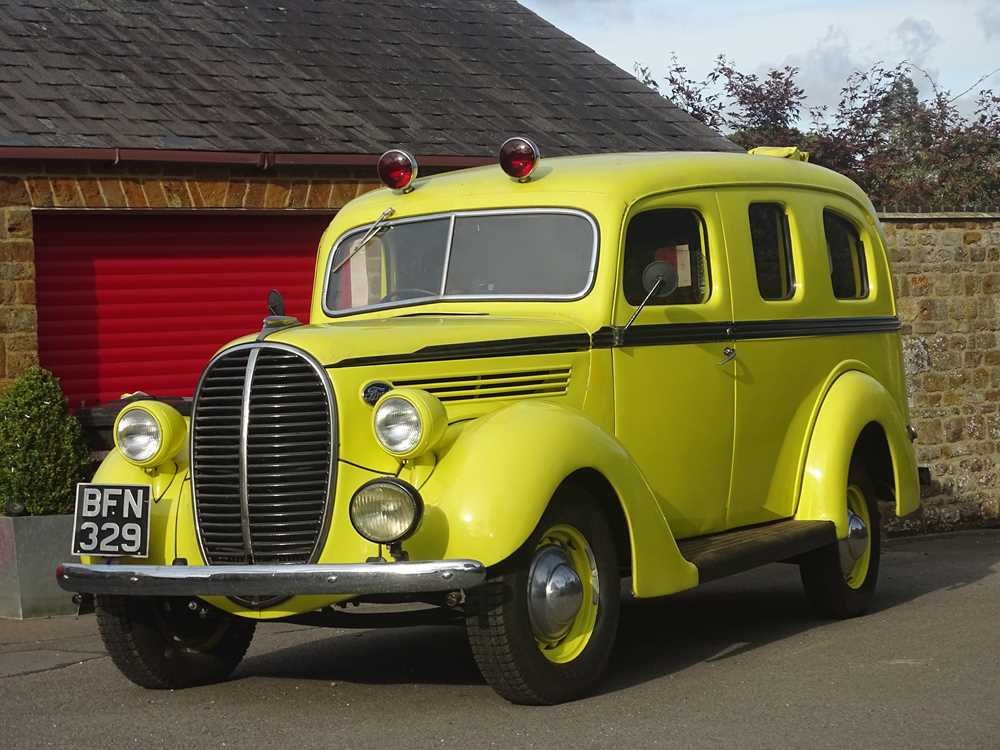 This rare surviving Ford 91C ambulance had the distinction of serving in the Western Desert campaign during World War Two before returning to these shores via Canterbury (hence the BFN registration). It subsequently continued to serve patients in the UK until its retirement and has been the current family ownership since the mid-1960s. Finished in Stateside Yellow with Green vinyl interior, it is powered by a replacement French-sourced 3.6-litre flathead V8 driving through a three-speed gearbox. BFN 329 was treated to a restoration in 2016/2017 and is now described as being in “very good” condition as regards its bodywork, paintwork and transmission with “excellent” engine and electrics. Offered with Green logbook and a collection of old MOT's it is sure to be welcome at shows and events and could even provide the next owner with an entry to the world of film hire.

The 91C was produced by Ford UK in 1939 and was the last of the V8 models they built following their introduction in 1932. For the British market it was available as a two-door convertible, five-seat estate and four-door saloon. It was powered by a 3622 cc Ford sidevalve V8 and retained the transverse leaf suspension pioneered on the Model T. Some 1878 were built.