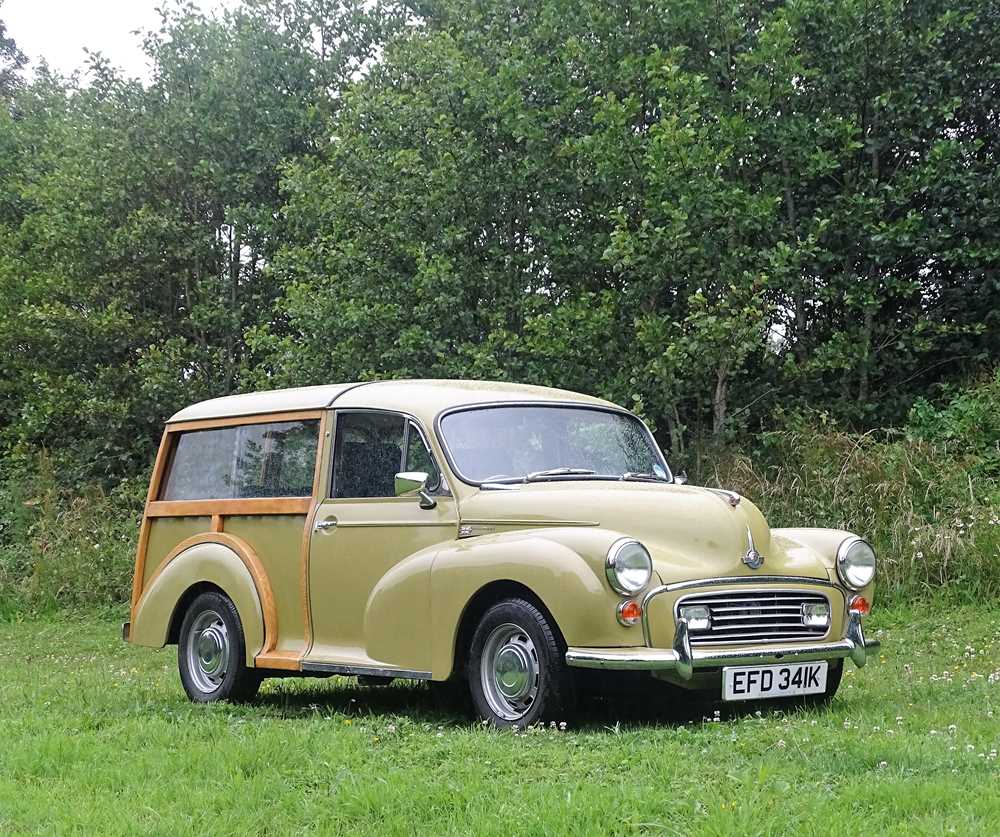 Well known in Morris Minor circles, Chris Street of C.S. Autoclassics (and later the Opus Car Company) did a lot of development work for Charles Ware’s renowned Morris Minor Centre during the 1980s. The idea of an enhanced Morris Minor that could more than hold its own in terms of performance, handling and braking when mixing with modern traffic appealed to many. The Series IV version of Chris Street’s upgrades included a tuned A-series engine, five-speed gearbox, Marina / Ital back axle, disc / drum brakes, wider 13inch wheels and uprated suspension featuring telescopic shock absorbers.

Built for a customer but then bought back by Chris Street, ‘EFD 341K’ boasts an unleaded 1300cc Oselli A-Series engine, Ford five-speed manual gearbox, Marina back axle, disc / drum brakes, wider wheels and telescopic dampers etc. Modified during the late 1990s including the fitting of Cobra bucket front seats and a rear bench trimmed to match, the Traveller has recently been recommissioned following a period of dry storage. The Lime Flower paintwork remains presentable although it is lifting in places at the edges of the roof. The woodwork is smart and the Morris ran well during our recent photography session.

An appealing and very practical classic capable of everyday usage.