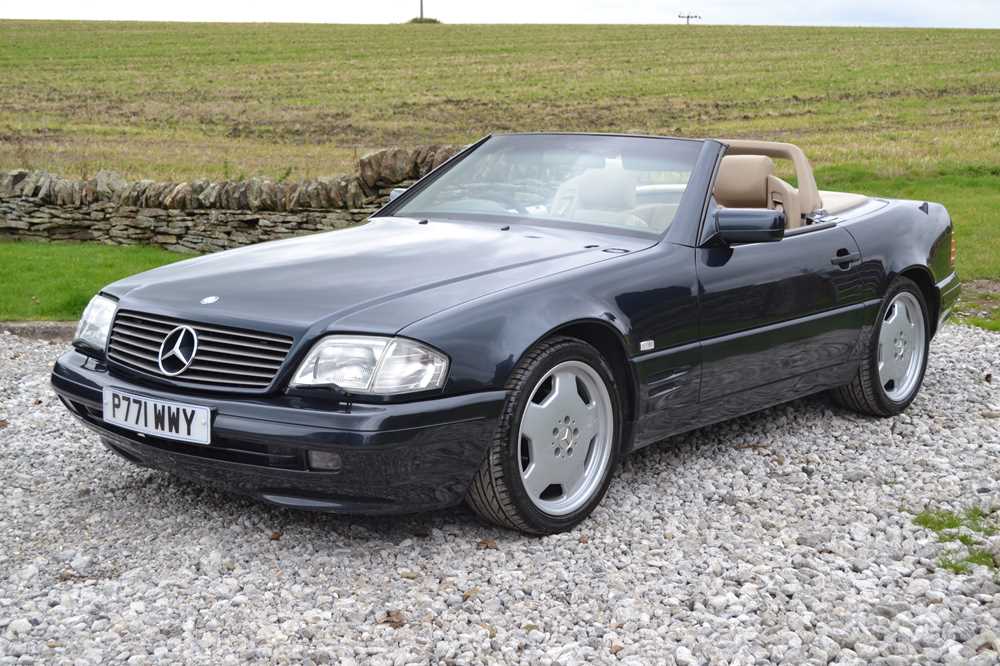 Faster, harder-edged and more driver-orientated than its R107 predecessor, the Mercedes-Benz R129-series SL was launched at the 1989 Geneva Motor Show. Brimful of cutting-edge technology, its impressively rigid two-door monocoque bodyshell featured an integral rollover bar that deployed in less than a third of a second (if the car ever sensed an impending flip) and a fully automatic convertible roof. Known for its sure-footed handling, the R129 utilised all-round independent suspension, ABS brakes and power assisted steering. Propelled by a variety of six- and eight-cylinder engines all allied to automatic transmission, it was the sportscar of choice for many contemporary F1 drivers. Reputed to develop some 188bhp and 192lbft of torque courtesy of its 2960cc SOHC straight-six, the 300 SL was a paragon of refinement (despite its claimed ability to sprint from 0-60mph in 9.0 seconds and onto 142mph).

This 320 SL model is finished in the attractive combination of metallic Dark Blue with Beige interior and is fitted with the 3.2-litre engine and five-speed automatic gearbox. Manufactured in 1997 and first UK registered in April that year, this example is MOT’d until August 2021 with no advisories. With long-term family ownership which is thought to be Mother to Father and finally the Son, the 320 SL has covered 110,700 miles during its lifetime. Having electrically operated hood, electric mirrors and seats, cruise control, heated seats, climate control and radio this well specified example is now also fitted with 18-inch AMG wheels, and is provided with car cover, new and original Mercedes-Benz picnic basket, and Mercedes-Benz flag. Offered with original owner’s manual, Pioneer manual, and a Memo book with some notes from 2004-2018 by a previous keeper. Supplied with a full UK V5C, collection of previous MOTs starting from the year 2000, a large number of invoices, tool kit, triangle and wind deflector, ‘P771 WWY’ is also offered with hard top in body colour.