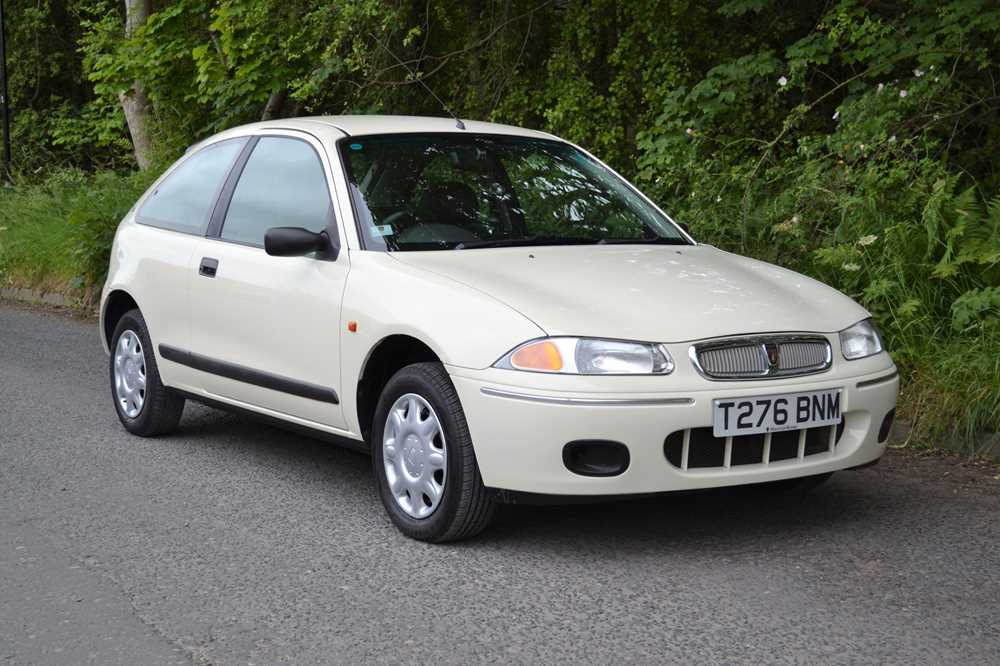 The R3 Rover 200-series was smaller than the Honda-based R8 cars, mostly necessitated by the requirement of Rover's to replace the ageing Metro. Available with a range of engines, starting at 1.1-litre petrol through to a 1.8-litre petrol, there was also the option for a turbocharged diesel and both automatic and manual transmissions. Although some elements of the previous incarnation were carried over (most notably the front structure, heater, steering and front suspension), it was, by and large, an all-new car. The seventh-best selling new car between 1996 and 1998, the popularity tailed towards the end of production but are now certainly an emerging practical classic.

Manufactured in 1999, this 200 SE was supplied new by Mantles Rover of Royston on the 28th of June 1999, it is fitted with the 1.1-litre K-series straight-four engine mated to the five-speed manual gearbox. Finished in the colour combination of Old English White paintwork with Ash Grey cloth interior upholstery, ‘T276 BNM’ has covered a mere 31,236 miles from new (at time of consignment). Having just two former keepers, the Rover has been in current registered ownership since 2019.

The Rover features the original main dealer number plates and front window stickers and pleasingly still has a sealed jack in the boot. Offered with a history file containing the original book pack presented in the Rover wallet including the handbook and service book that illustrates two early service records, a large selection of MOT history and a current V5C. One for the classic Rover or British car collector!