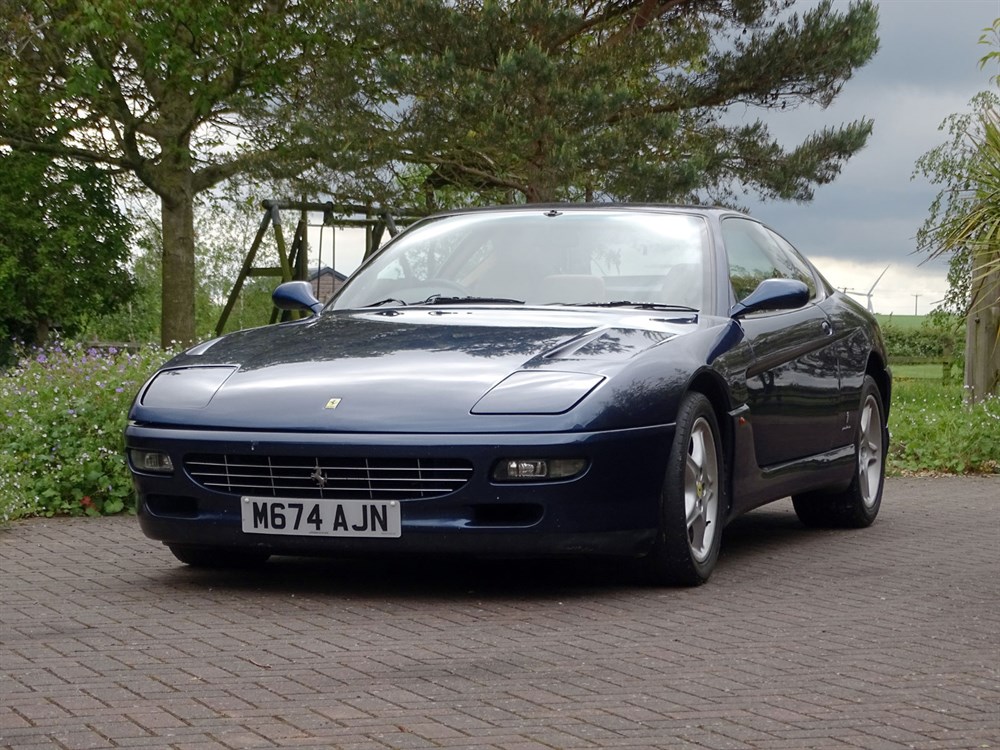 - Current ownership since 2006, the world's fastest production four-seater when new with a claimed 192mph top speed!

Introduced in 1992, the 456 was not only Ferrari's most powerful road car since the rabid, twin-turbocharged F40 but also the world's fastest production four-seater. Displacing 456cc each, its twelve cylinders were arranged in a 60-degree Vee and between them produced 436bhp / 406lbft of torque. Fitted with a choice of six-speed manual or (from 1996) four-speed automatic transmission, road testers found the 'stick shift' cars capable of 0-60mph in 4.8 seconds and 192mph. The UK received just 141 RHD manual 456 GTs.