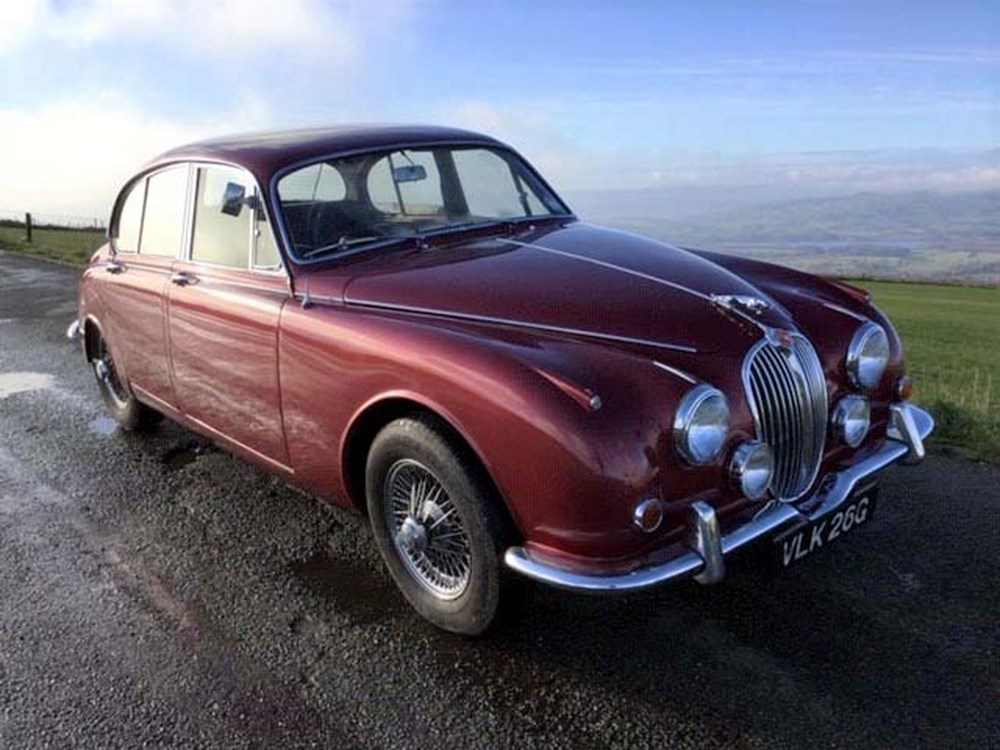 Last evolution of the MKII line, the revised 240 and 340 models were introduced for the 1968 model year. Visually distinguished by their new slimline front and rear bumpers, they also benefited from sundry hidden changes such as the adoption of the E-type's straight port cylinder head design. Fitted with twin SU carburettors, the 340 model's 3442cc DOHC straight-six was quoted as developing some 210bhp and 215lbft of torque. Reputedly capable of 120mph in manual guise, the 'compact' Jaguar also boasted four-wheel disc brakes (a defining feature of the entire MKII range from 1959 onwards). Short lived, just 2,265 right-hand drive specification 340s are thought to have been made.
Share: