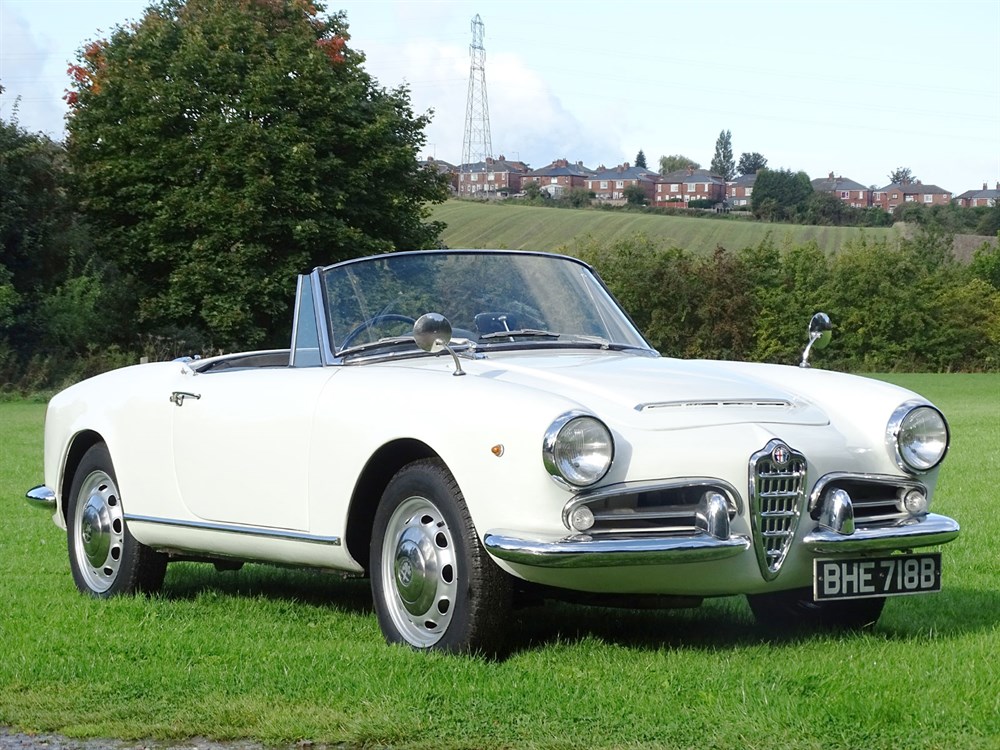 This example was built in Italy, being completed on 10th February 1964 and is recorded by the vendor as being in `very good overall' condition. It was finished in AR 008 Farina White with Black skai interior, a classic colour combination that it retains to this day. Reputedly supplied new to Mr. George Coulson in July 1964, his name is the first to appear on the accompanying green logbook which was issued to the car three years later. Under the bonnet is a slightly later but otherwise identical 1600cc engine which is understood to have been installed prior to the Alfa's arrival in the UK (the unit's 00514 number suggesting that it came from a 1965 Alfa Romeo Giulia TI). Thought to have had five previous keepers before being acquired by its last registered owner in 1984, the two-seater shows signs of a past brake system overhaul and has recently been fitted with refurbished wheels and fresh Pirelli tyres. Further benefiting from a hardtop and stainless steel exhaust, `BHE 718B' displays a credible 52,000 miles to its odometer and is offered for sale with a workshop manual, numerous old MOTs and a current certificate valid until October 2020.
Share: