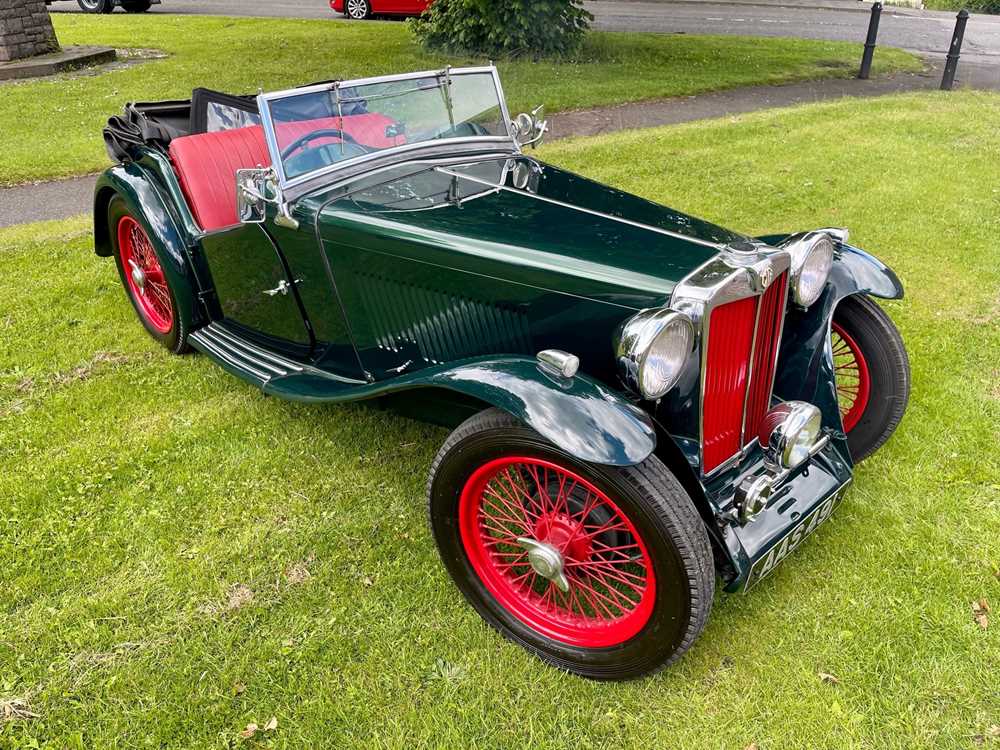 The first of the famous MG T-series line, the TA was introduced in 1936. Larger, faster and more comfortable than its PB predecessor, the newcomer was powered by the MPJG 1292cc OHV engine that developed some 50bhp @ 4,800rpm. Allied to a four-speed manual transmission, it endowed the two-seater with a nigh-on 80mph top speed. Traditionalists may have decried the adoption of a less exotic powerplant, insulating rubber engine mounts and - after a while - synchromesh on 3rd and 4th gears but the TA had accounted for 3,003 sales by the time production ceased in 1939.

According to the T-Register, chassis ‘TA1400’ was manufactured on the 19th of May 1937, and was reportedly supplied new to Australia. Repatriated from Melbourne by the vendor in 2001, the TA was requiring full renovation and the next year was entrusted to Classic Restorations Ltd of Alyth, Perthshire for 'an extensive, body-off, chassis-up restoration' over a twelve-month period. A matching chassis and engine numbers example, the original engine received a comprehensive overhaul by Agra Engineering, with the total cost of the renovation coming to some £40,000. Finished in complementing and striking two-tone Dark Metallic Green with Red leather interior upholstery, the MG rides on red painted wire wheels (with matching Red grill) and is sporting a Black hood.

'AAS 491' appears as sharp as one might expect given the cost of its refurbishment and has resided for the subsequent twenty-one years since as part of the vendor's private MG collection, with around 1,000 miles estimated to have been covered during this time. The handsome TA is variously rated by him as 'excellent' (bodywork, paintwork, interior trim), 'very good' (engine, electrical equipment) or 'good' (four-speed manual gearbox). Offered with a large history file including much paperwork relating to the renovation, a dating letter from the British Motor Industry Heritage Trust (BMIHT), and a current V5C document.