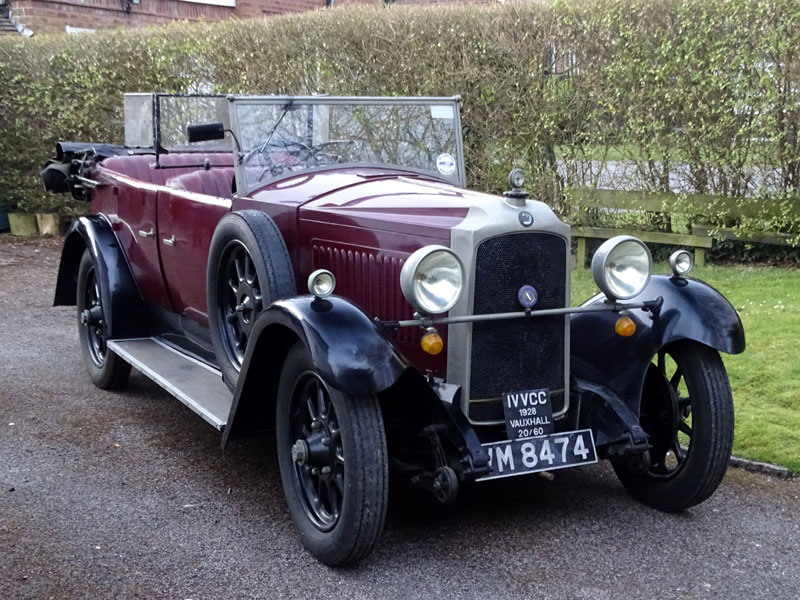 In 1925, Vauxhall was bought by General Motors for $2.5 million with the intention of producing high volume, lower-priced vehicles in the UK; a strategy which would successfully save the company during the Great Depression. Having been designed prior to the GM takeover, making it 'British' in construction and plan, the 20/60 was announced on 28th September 1927. Available as a saloon, limousine, tourer or cabriolet, it represented an affordable entry to the luxury market and notably was the first six-cylinder Vauxhall to be marketed for under £1,000. Initially fitted with a 2762cc OHV engine, which was later enlarged to 2962cc, the 20/60 also boasted a four-speed manual gearbox, all-round semi-elliptic leaf-sprung suspension and four-wheel drum brakes. In production for just three years and reputedly capable of nigh on 70mph, it was replaced by the Vauxhall Eighty.

Supplied by Graham Bros (Motors) Ltd and first registered on 24th April 1929, 'VM 8474' spent some of its life in Southern Ireland, before returning to the UK. Self-evidently the subject of past restoration work but having been stood for the last few years, it would benefit from a degree of recommissioning. Exempt from MOT, it is offered for sale with current V5/C registration document.
Share: