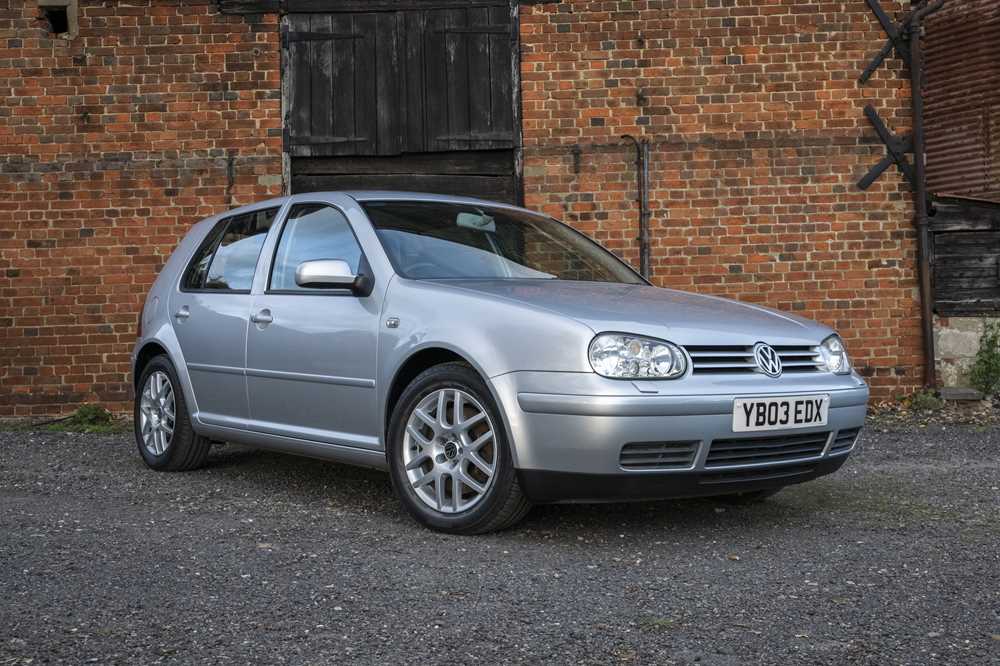 The successor to the MK3, the MK4 Golf was Launched in October 1997 for the 1998 model year. With many variants offered, perhaps unknown but rather interesting is the V5 model. The V5 is mostly remembered for producing some intoxicating sounds and is an incredibly important car in automotive history, making use of the only V5 automobile engine to reach production. This 2.3 L (140 cu in) "VR5" engine manufactured by Volkswagen from 1997 to 2006 was Based on Volkswagen's VR6 engine, the VR5 was a narrow-angle engine with staggered cylinders (three cylinders on one bank and two on the other) sharing a single cylinder head. As per the VR6 engine, the angle between the banks was 15 degrees.

The intention of the Golf V5 was to slot above the 1.8L turbo engine but below the high-performance VR6. When it was launched, the V5 produced 148 horsepower which fit nicely between the VR6's 200 horsepower and the 1.8-liter turbo's 134 horsepower. The V5 was then improved in the year 2000 with updated cams and variable valve timing allowing it to produce an impressive 168 horsepower. In today's world it's important to remember unconventional engines, and this is no exception.

Manufactured in its final year of production, YB03 EDX is presented in silver with contrasting black leather interior, featuring sports seats and sports steering wheel. An extremely rare vehicle as it stands, this is made an even more exciting proposition with the vehicle’s mileage sitting at just 16,737 and showing only 2 former keepers on the V5 document.

YB03 EDX comes accompanied with the service booklet containing 9 stamps, with the last in 2019 at 13,967 miles, as well as the V5 document and an MOT certificate valid until 08 November 2022. The vendor rates the condition of the bodywork, paintwork, transmission and gearbox and interior trim as ‘Good’, with the engine and electrical equipment as ‘Very Good’.