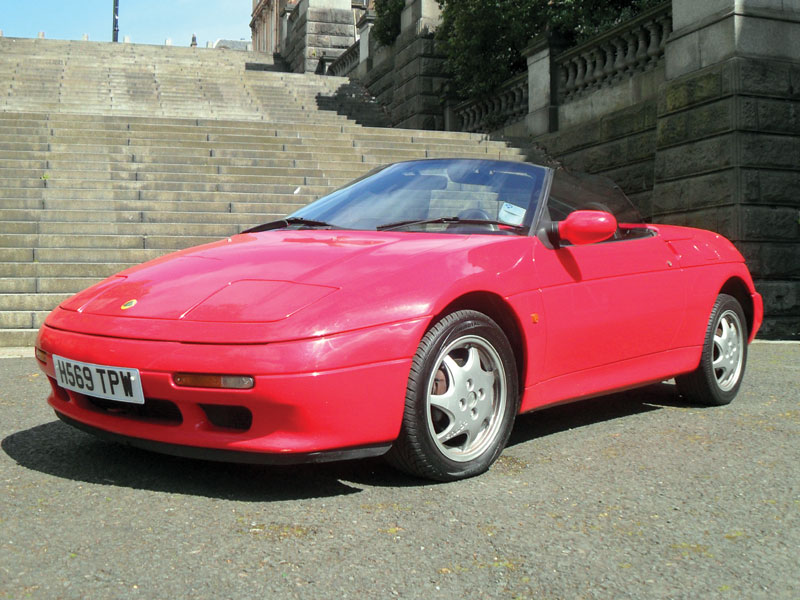 Lotus's diminutive 1960s Elan quickly achieved iconic status and marked a high point in the company's history. No doubt a degree of reflected glory was sought by applying the same moniker to the very different Peter Stevens-penned M100 model launched in 1989. A small, fibreglass-bodied two-seater sports car constructed over a rigid steel chassis, the newcomer certainly conformed to the general philosophy of Lotus's late founder, Colin Chapman. The major departure was the use of frontwheel drive - a configuration not employed by Lotus before or since. Also a first for the company at that time, was the level of funding available for development (reputedly £35 million), courtesy of the deep pockets of its then owner, General Motors. The result was a pretty model described at the time by Autocar as 'the quickest point to point car available.' The M100 was powered by a Lotus-modified 1,588 DOHC Isuzu unit. Most customers opted for the SE model that featured a 162bhp turbocharged version of the engine and power steering as standard. Autocar's test of the SE achieved an impressive 0-60mph time of 6.5 seconds and a top speed of 137mph. By the time production of the Elan ceased in 1992 some 3,855 had been delivered.

The righthand drive Elan SE Turbo now offered vacated Lotus's Hethel factory in February 1991 and sports Red paintwork complemented by a Grey and Red leather interior. The vendor informs us that it has just been treated to an oil service and that the only known fault with the car, concerns the driver's door lock. He regards the bodywork as 'very clean', the paintwork as 'very tidy', the interior trim as 'clean and original' the engine as 'very strong' and the five-speed manual gearbox as 'all 100 percent'. H569 TPW is being sold complete with tax until the end of March and a brand new MOT. Bearing in mind the enthusiasm with which these second generation Elans were greeted by the media, they represent amazing value in today's market. The combination of handling and performance embodied in the SE version is more than good enough to show a clean pair of heels to many a much younger sports car.
Share: