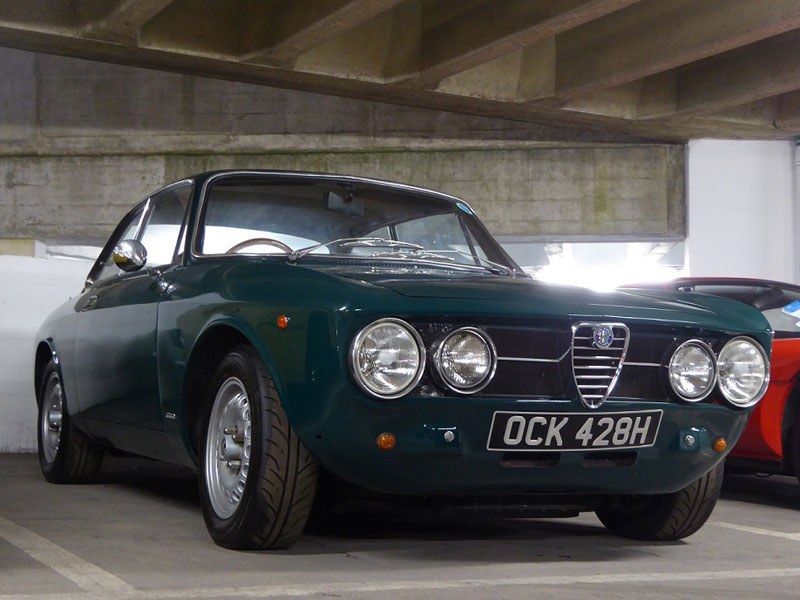 - Recently imported to the UK

Arguably one of the best-looking Alfa Romeos ever made and a true 1960s icon, the Giulia Sprint GT was launched in 1963. Penned by Bertone, its two-door coupe bodyshell was based on the Milanese manufacturer's highly regarded 105-series platform. Equipped with all round coil-sprung suspension, sharp brakes and well weighted steering, it handled with typical brio and panache. Evolved in line with its saloon sibling, the compact GT's model range was extended in 1968 to include the revised 1750 GTV. Fitted with an enlarged 1779cc 'twin-cam' engine, five-speed gearbox and uprated disc brakes, the new car also gained two extra headlights, a 30mm wheelbase extension and a host of minor improvements.

An original RHD example sold new to Japan, as confirmed in an accompanying letter from the Alfa Romeo Owners Club, this GTV is finished in green with a brown interior and was recently imported to the UK. Registering some 22,500 miles on its odometer, it is described as having "clean" paintwork and interior with a "good" engine. Considered the sweetest of the range, this 1750 is accompanied by a Swansea V5 document and MoT to August 2016.
Share: