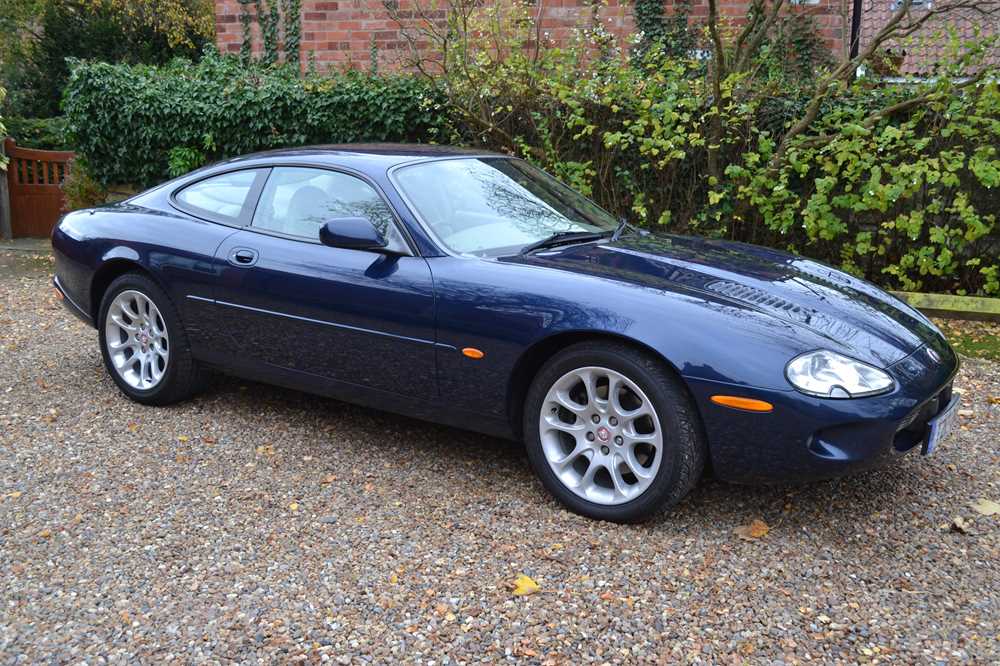 The sleek-looking Jaguar XK8 first broke cover at the 1996 Geneva Salon as a replacement for the ageing XJS. Designed in-house by Geoff Lawson, the newcomer (in common with the Aston Martin DB7) was based on a much-modified XJS platform - the changes to which included the adoption of XJ40-type independent rear suspension. The standard version of the XK8 was powered by a 290bhp normally-aspirated version of the company's AJ26 V8 engine, and for those requiring more performance, Jaguar offered a supercharged version, the mighty XKR. Like the XK8, this 370bhp monster was available in closed or open guise and could hit 60mph in a whisker over five seconds and power quickly to the electronically-limited top speed of 155mph.

Manufactured in 1999 and first UK registered in July that year, the Jaguar is finished in Sapphire Blue metallic with Biscuit leather hide interior. Having covered 63,800 miles from new across only five former keepers, the Jaguar has been in current ownership since 2018. Provided with service book displaying 13 stamps the last service was completed at 62,788 miles in February 2020. The Jaguar has covered only approximately 8,000 miles in the last 10 years. Further accompanied by book pack with wallet including books such as telecommunications, vehicle care, security, warranty and sound system, a collection of past MOTs and V5C. Recent works completed include new front discs and pads, new rear Pirelli tyres, and welding work to the front floor plans and underside. The XKR is fitted with electric and heated seats, heated front screen, air conditioning with automatic climate, cruise control, sports gearbox mode and a radio, tape and CD changer audio system. Supplied with a frest MOT with no advisories.