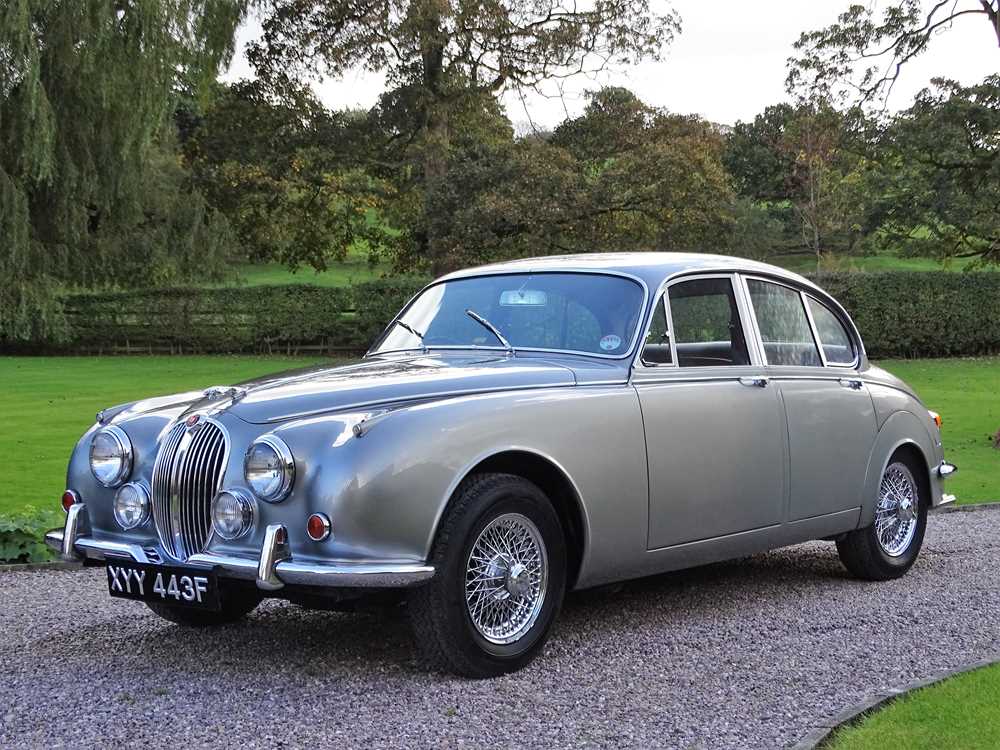 According to its accompanying Jaguar Heritage Trust Certificate, chassis 1J3157 was built to right-hand drive specification on 6th June 1968 and despatched to distributor Frank Cavey Ltd of Dublin three weeks later. Jaguar dealers since the 1930s, the Caveys reportedly reacquired the 240 as a ‘trade in’ during 1976 by which time its odometer showed a credible but unwarranted 57,000 miles.

A hobby project which was worked on ‘as and when’, the saloon is understood to have had its engine, gearbox, rear axle and other running gear overhauled prior to being bought by marque specialist Robert Hughes Automobiles in 2009. Further improved over the next three years, the Jaguar was treated to a bare metal respray, replated or replaced brightwork and a complete interior re-trim in Red leather with tufted carpets and a wool headlining. The engine bay was prepared to show standard and the whole car detailed