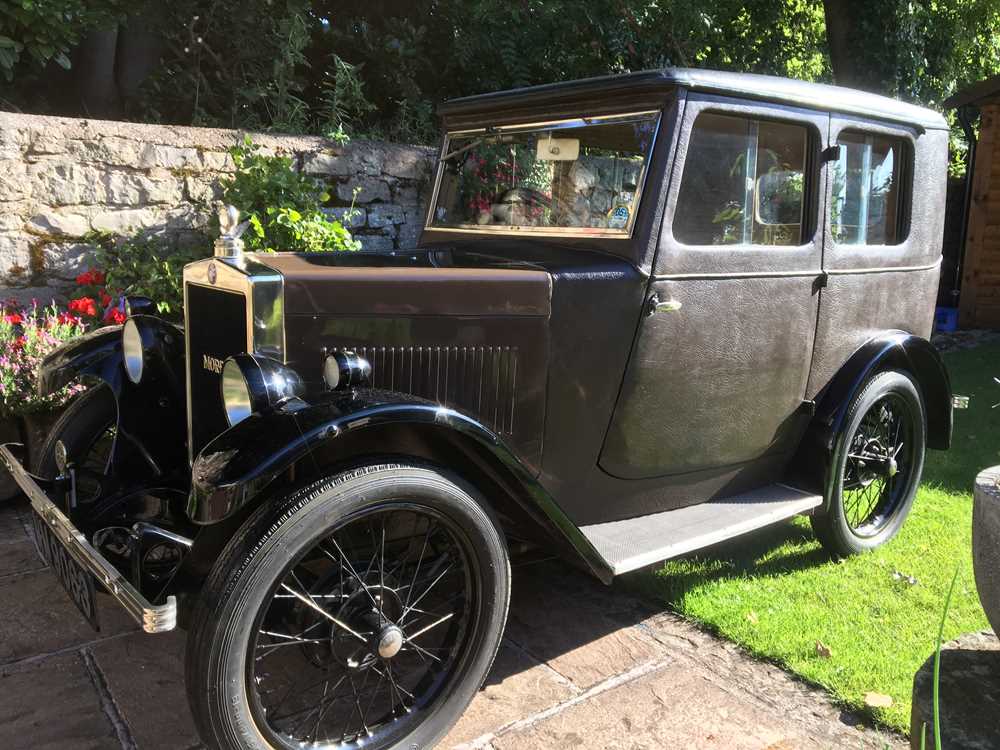 "The vendor bought the car from a Mr Albert Spence who lived on the Orkney Isles to act as a pattern to reference from whilst attempting to rebuild another Minor which he had owned previously in the 1960s.

The vendor took a small trailer up to Gills Bay near Thurso and brought the car back to Nottinghamshire 3 years ago. (1000-mile round trip.)

Previous Ownership as far as the vendor can work out:

From what the vendor can gather from the documentation, two vehicles were used in the restoration of this car and the gentleman who carried out the restoration work was called Terry Haywood.

Terry had a car that he wanted to restore however he met Harry Edwards, the then, Morris Register editor and historian who told him about another car which was in a scrapyard in Billericay and so in 1965 (approx.) he bought the car from Dixons scrap yard.

When Terry Haywood bought the second car, he found it to be in better condition than the first one and so he then proceeded to rebuild the second car using a few parts from the first car.

In approx. 1973 Mr Haywood sold the car to a Barry Kay of Whitfield Manchester who then sold it to a Mr E C Farnell of the well-known, Mouldsworth Motor Museum, Chester and it would further appear that Mr Farnell did not fill in any ownership details as the car was left in his museum until Albert Spence bought it in 1986.

This would indicate that the car hadn’t been used since being sold by MR Haywood in 1973 and had been undercover in the museum for 13 years thereafter being looked after by Albert Spence in Orkney for another 31 years making a total of 44 years during which time it has hardly been used since Terry Haywood rebuilt it in the ’60s.

Albert Spence gathered an extensive detailed file of photos and letters tracking some of the history of the car and it would appear that he put quite a lot of effort into making the car both reliable and roadworthy.

Whist the car was in Alberts ownership it was kept in a heated garage in Orkney for many years, unfortunately Albert is now suffering from dementia and is being cared for by his family.

There are invoices covering the following work that Albert had done to the car:

Albert had a special camshaft and a larger SU carb fitted and he told the vendor that the Morris was quicker than his M Type MG which the family still owns.

Note that after Albert Spence did all this work on the car, it is unlikely that it has done more than 1000 miles during his ownership on Orkney and I have done less than 200 miles in it.

It is interesting to note that in the mid-’60s these second-hand cars had a value of around £40, The vendor bought the other Minor which he has been trying to restore for £25 in 1966-7 and sold it for £15 to Mike Collingburn who later became well known nationally and internationally as the best MG interior restorer.

The vendor states that as is always the case, there is room for further improvement to the car, but it is very useable and is always fun to drive."