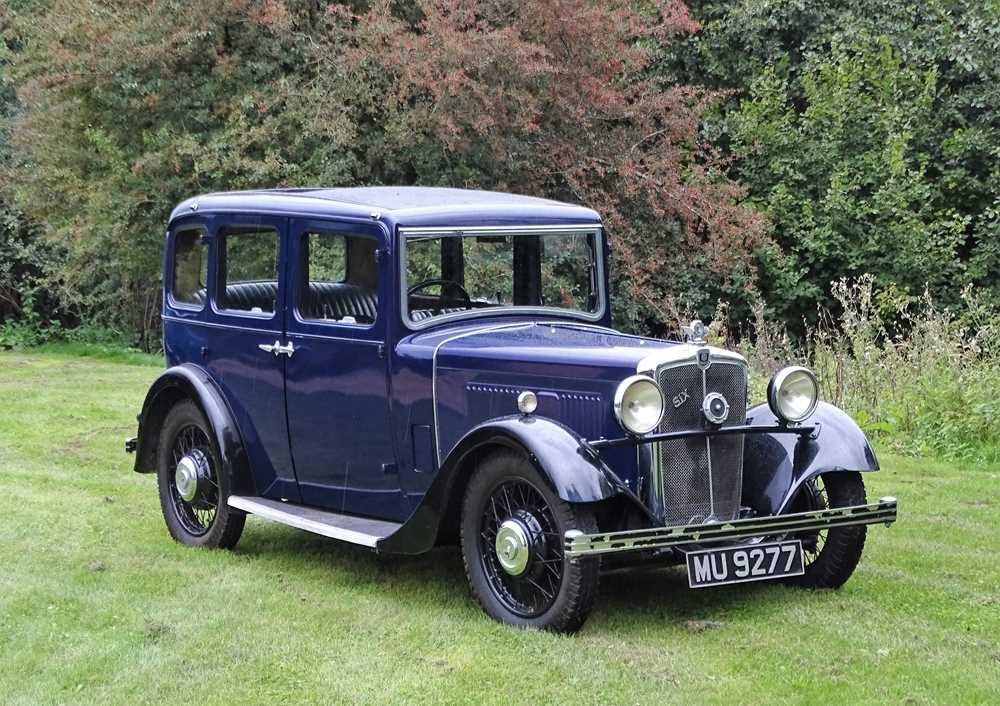 This timewarp Morris 10/6 is understood to have had just three registered keepers and covered a mere 25,000 or so miles from new. A letter on file from the second owner dated January 6th 2010 reveals the following:

The corresponding invoice dated 26th September 1989 from M.A.L. of Bridgwater shows that they carried out a minor bodywork restoration and respray as well as treating the Morris to replated brightwork and new glass.

Running sweetly following a period of inactivity as part of a large private collection, ‘MU 9277’ must be among the lowest owners, lowest mileage 1930s Morris cars available? A rare six-cylinder model to boot, it is worthy of close inspection.

Introduced in August 1933, the Morris Ten-Six was something of a luxury car in miniature. Derived from the popular Ten-Four, the newcomer sat on a six-inch longer wheelbase and was powered by a 1378cc six-cylinder engine allied to three-speed manual transmission. Notably smoother and more refined than its four-cylinder sibling, the Ten-Six was reputedly capable of 60mph. Equipped with all-round semi-elliptic leaf-sprung suspension and hydraulic drum brakes, it could be had in various saloon, coupe or tourer guises. Cache of its extra two cylinders apart, the Ten-Six was not different enough from the cheaper Ten-Four to be a sales success. Phased out of production in its second season, only a small number are known to have survived.

Although we strive to view as many vehicles as possible, in some cases H&H has to rely on information as to the date, condition and authenticity provided by the Seller and cannot always provide its own description. We are enthusiasts, not mechanics and can provide our opinion only.

H&H strongly recommends viewing the lot prior to bidding as all bids are subject to standard terms and conditions.