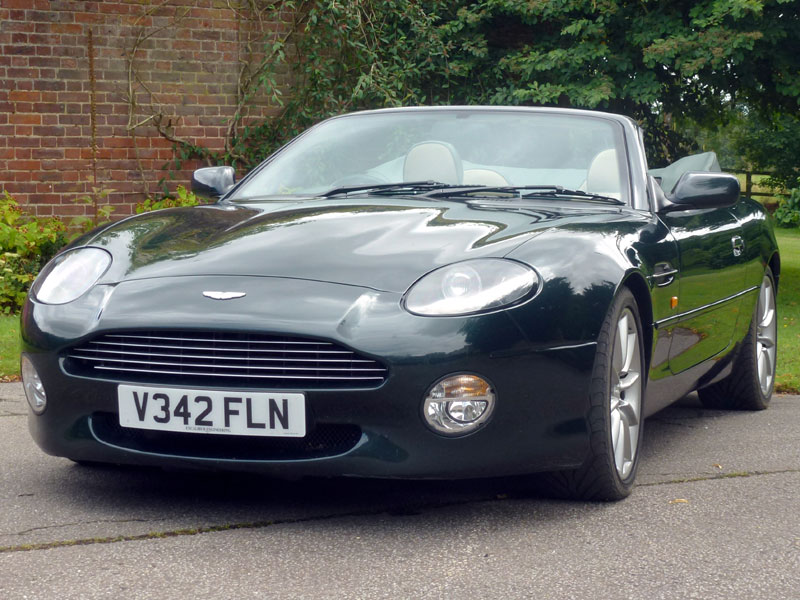 'V342 FLN' is finished in the tasteful combination of Pentland Green bodywork with Fawn and Olive leather interior trim, Green mohair hood and green leather hood cover. Having covered just 40,129 miles from new which is supported by the service history we understand the Aston has just been inspected and serviced by Excalibur Engineering with the brake discs recently being skimmed and new brake pads fitted. Offered with the original handbooks, service book containing 15 stamps, old invoices and spare key we are told that 'V342 FLN' is fitted with a Cobra tracker which can be transferred to the new owner - on payment of subscription. Having recently been shod with new correct specification Bridgestone S02 rear tyres, the aftermarket upgraded Sony audio system features USB and Bluetooth for hands free phone and music streaming. A fine looking and good driving example, considered by the vendor as well maintained he describes the bodywork, paintwork, V12 engine, automatic transmission and interior as 'very good' and is offering the Aston with an MOT valid to May 19, 2016.
Share this page: