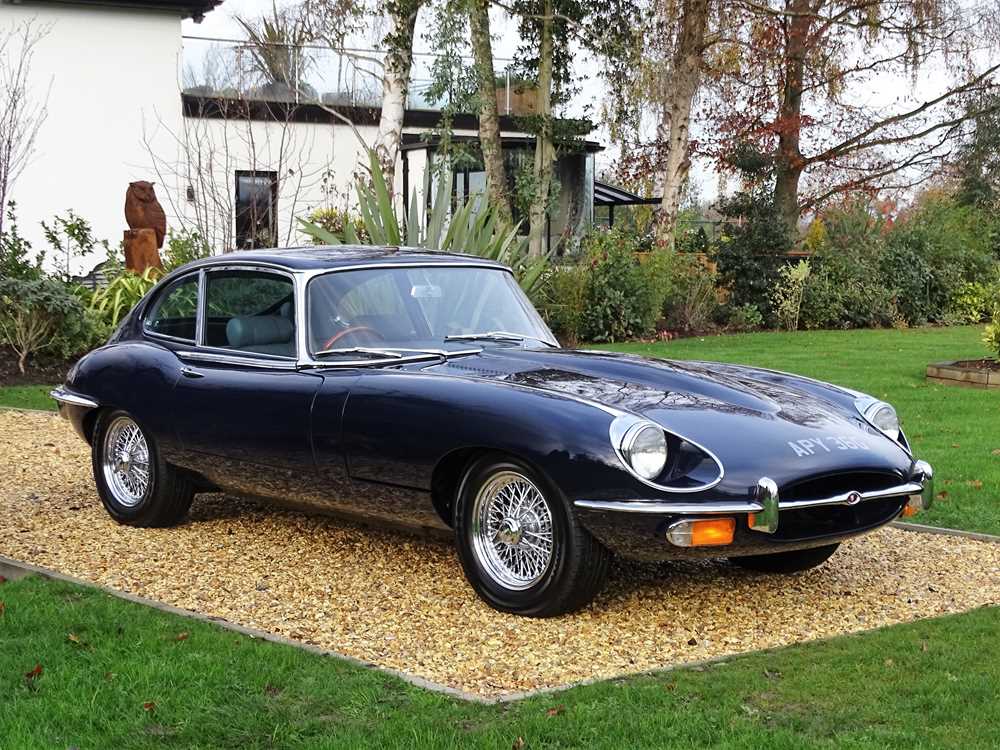 Completed on September 30th 1968 as a Two-plus-Two Coupe, chassis 1R40054 was supplied new via Jaguar Cars of New York to the Rodrique Manufacturing Company. Relocating to Gastonia, North Carolina and the care of Charles Hughes sometime thereafter, the E-Type returned to the UK in 1990. Bought by marque enthusiast Alan Pearson of Hartlepool for £13,500 that same year, a letter on file from him recalls:

‘It was in a rough condition but had very little rust. I started to strip the car immediately and checked out any possible structural damage or corrosion. The sills were in excellent condition and the only repair here was to an end panel which I welded. The sole corrosion was in the boot floor due to a leaking rear hatch seal. This was replaced with a new panel and a new fuel tank was also fitted. The body was stripped to bare metal and I brought in a professional to lightly fill any dents. It was then passed to a first-class body shop for final fettling and painting’. The same missive notes Mr Pearson’s decision to install a thoroughly overhauled E-Type Series 1 4.2 litre engine in place of the original powerplant because the latter had suffered cylinder head damage. He also notes that: ‘I bought and fitted a new right-hand drive steering rack and all of the appropriate conversion panels including the dashboard. All US spec parts were removed and equivalent UK parts fitted. This included a set of triple SU carburettors and manifold. Components were highly polished before installation as I intended to show the car’.

A shortage of funds meant that chassis 1R40054 was still off the road when acquired by its second registered UK keeper during May 2016. Entrusted to Classic & Vintage Restoration Ltd of Sandford a few months later, the Two-plus-Two Coupe had its valve clearances checked, carburettors overhauled, torsion bars reset, hubs rejuvenated, brakes refurbished, rear subframe renovated and radiator recored etc. As might be expected the associated invoices total five figures and indeed the second registered keeper is understood to have spent some £26,000 on the Jaguar with additional work encompassing some remedial paintwork and a full interior re-trim.

Currently insured for £80,000 and due to possess a fresh MOT certificate by the time of sale, ‘APY 36G’ represents great value on the basis that its guide price amounts to little more than the 1990 purchase price and the money spent on it over the last four years alone!